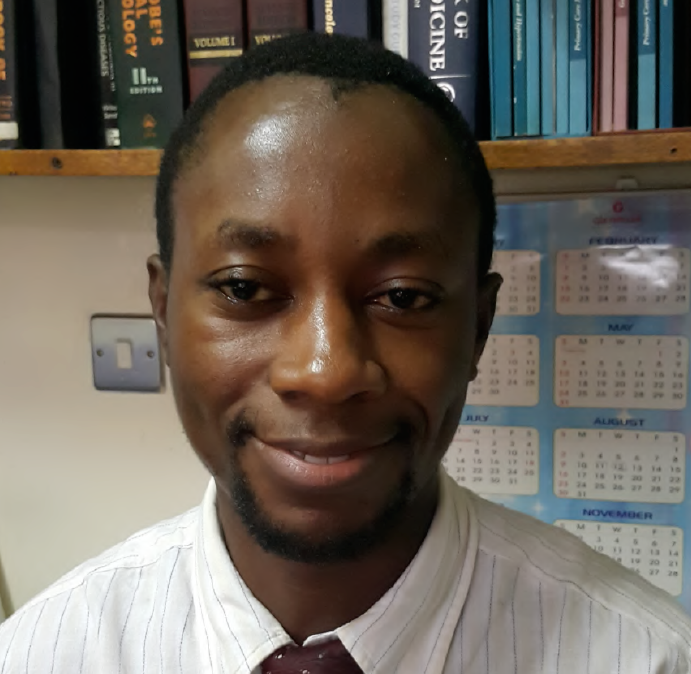 The global burden of tuberculosis (TB) remains high with an estimated 10.8 million incident cases and 1.4 million deaths in 2015 with Africa and Asia contributing the highest proportions (1). Uganda is listed among the top 30 countries with a high TB/HIV burden and continues to register a high number of notified TB cases annually (1). Recent data show major gains in TB treatment outcomes with the WHO TB 2016 report highlighting an 83% cure rate for notified cases in 2014. TB is associated with fibrosis, lung remodelling and chronic sequelae even after ‘successful’ treatment(2). However, successful treatment is only determined basing on microbiological grounds and not structural or functional assessment of affected organs /persons yet many patients continue to have significant respiratory symptoms attributable to long term TB sequelae after treatment. Chronic obstructive pulmonary disease (COPD) causes persistent respiratory symptoms and is among the diseases that has been largely associated with post-TB fibrosis sequelae(3) and constitutes mainly of chronic bronchitis and emphysema.

The lung remodelling associated with TB constitutes healed cavitation, fibrosis, and distorted architecture(2). There is growing evidence that COPD in post TB patients is associated with persistent increments in the transforming growth factor beta (TGFβ) a multifunctional pro-fibrotic cytokine that is highly abundant during normal lung development and small amounts persist in the adult lung, and are involved in normal tissue repair (4). In his extensive review, Grande reported that TGFβ promotes homeostasis by regulating cell proliferation and in balancing between extracellular matrix production and degradation and hence wound healing and restitution of tissue architecture (5). However, persistently increased TGFβ has been associated an exaggerated reparative process leading to non-localised fibrosis that characterises several lung pathologies with TGFβ1 being the most predominantly involved amongst the three isoforms 1, 2 and 3 (4) (6) ;hence why we have chosen to study TGFβ1. Its pro-fibrotic role has been extensively studied in idiopathic pulmonary fibrosis(7) and animal studies have showed that abnormalities in activation and signalling of TGF-β1 cause lung development abnormalities, emphysema,pulmonary fibrosis or death around birth from respiratory failure (8-11). Several studies have demonstrated impaired TGF-β1 signalling in patients with COPD(12). However, there are limited data on the correlation between COPD and TGF-β1 signalling in post TB patients.
Although a causal relationship has not been fully established, there is growing epidemiological evidence that suggests TB lung sequelae may be a significant contributor to COPD population-attributable risk, especially in endemic areas and in young adults(13). Two recent systematic reviews confirmed a positive relationship between a history of TB and chronic obstructive pulmonary disease(13, 14) while Hnizdo et al. reported an incremental risk of COPD with number of TB episodes (15). In the large multicentre PLATINO COPD study in Latin America, COPD was found in 30.7% of those with TB history compared to 13.9% in those without TB history with an adjusted odds ratio (OR) for COPD of 3.7 in those with TB history versus no TB history(16). This association is even stronger in highly endemic countries for TB [AOR 4.9 and 6.6 for south African males and females respectively and 6.3 in the Philippines(17, 18)]. In my unpublished Master’s degree thesis, I found a 3.1% prevalence of COPD amongst HIV patients attending the Mulago Hospital ISS clinic. Although the COPD burden was low, 7 of the 9 patients with COPD reported previous history of TB (AOR 9.23, 95% CI [1.64-52.36] P = 0.012) with a post TB duration of >5 years being significantly associated with COPD. Due to limited data on post-TB induced COPD, many such patients are inappropriately and broadly managed as post-TB lung disease or TB relapse. The above background and determination to build on findings from my graduate thesis are my motivation for this project.

In the recently adopted global ‘End TB strategy’ the WHO aims to reduce TB associated deaths by 90% by 2030 as part of the Global Sustainable Development Goals. In line with this, death and functional disability attributable to TB merit urgent attention. COPD is projected to be the 3rd leading global cause of death by the year 2020 and importantly recent studies show that about one fourth of COPD patients are non-smokers. With about 80% of notified TB cases being pulmonary, TB contributes highly to the global burden of lung disease and to COPD specifically as discussed above. Untreated COPD is a progressive life-threatening disease. Overcoming TB burden requires a multi-dimensional approach including the different levels in the natural history of TB right from acquisition to elimination of the disease and its complications.