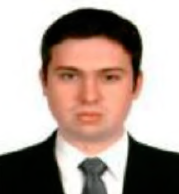 Tuberculosis is an important contributor to the global burden of disease. Approximately one-third of the global population is infected with Mycobacterium tuberculosis (MTB), of which around 20% will develop clinical tuberculosis during their lifetime. It is a leading cause of death, killing approximately 1.5 million people as of 2014; a global threat included in the global agenda as a target for elimination by 2030 according to the new Sustained Development Goals endorsed by the World Health Organization. Among the vast spectrum of disease caused by MTB, Tuberculous Meningitis (TBM) is a particularly aggressive manifestation that contributes extensively to disability and mortality, especially in low resource settings where tuberculosis is endemic. A key factor influencing TBM mortality is the presence of HIV co-infection, which has been shown to be higher in this group. In addition, failure in achieving a prompt diagnosis and delay in appropriate treatment, are positively associated with worse outcomes; and mortality rates as high as 64% are reported in the literature. There is an urgent need for new techniques with high sensitivity and specificity allowing fast and accurate diagnosis and leading to timely treatment, which will decrease mortality. TBM is usually characterized by a low mycobacterial burden in CSF, thus, a molecular approach to detect specific genes to MTB seems to be particularly useful in this setting.

PCR-based tests are making great progress on this matter, for example, the Xpert® MTB/RIF (Cepheid, Sunnyvale, CA), designed to detect the rpoB gene allowing it to identify MTB and resistance to rifampin at the same time. In a 2013 WHO meta-analysis, pooled Xpert® MTB/RIF sensitivity for diagnosis of TBM was 79.5% (95%CI, 62.0%–90.2%), being endorsed “in preference to conventional microscopy and culture as the initial diagnostic test for CSF specimens from patients suspected of having TB meningitis”. Unfortunately, there are several roadblocks to its implementation, particularly in limited resource settings due to cost of the test. Fortunately, there are other ways to amplify specific target genes without expensive thermocycling, like for example the method called loop-mediated isothermal amplification (LAMP) proposed in 2000 that uses four primers to identify six different DNA target sequences and yielding stem-loop DNA structures that accumulate to produce a photometrically detectable substrate. LAMP has several applications in the field of microbiology and infectious disease including MTB diagnosis.

Always give your best effort in every way to reach your objectives.