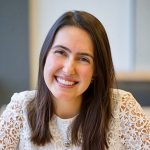 Causes of under-five child mortality in the slum communities of Kampala: A Verbal and Social Autopsy Study

Within Uganda, under-five mortality has declined from 151 deaths per 1,000 live births in 2000-01 to 64 deaths per 1,000 live births in 2016 (UBOS, 2016). Most child deaths are caused by preventable conditions. Despite this progress, Uganda was one of the countries that did not meet the millennium development goal for under-five mortality reduction by 2015. Data constraints, including inconsistent registration of births and deaths, make it difficult to monitor child mortality in Uganda.

Research regarding the barriers and potential solutions to reduce child mortality in Uganda has primarily drawn from the rural or peri-urban setting (Källander, 2008; Mbonye, 2017; Mpimbaza, 2019; Soremekun, 2018; Willcox, 2018). Barriers have been identified at every level of care. At the household level, these include illness recognition, decision-making to seek care, and financial costs (Mbonye, 2017; Mpimbaza, 2019; Willcox, 2018). While at the facility level, issues around quality of care and timely referrals are key barriers (Mbonye, 2017; Soremekun, 2018; Willcox, 2018). Nonetheless, much of this evidence draws from primarily rural settings. There remains a limited understanding of childhood health dynamics in the urban areas of Uganda.

With increasing unplanned urbanization (APHRC, 2014; Van De Vijver, 2015), understanding the dynamics within the urban space is key to improve childhood health outcomes. Urbanization increasingly means that the most vulnerable populations move into overstressed, informal settlements, or slums (Richmond, 2018). As of the latest census, more than two-thirds of Kampala’s population live in informal settlements (MLHUD, 2014). The living conditions in these settlements have been described as worse than those in rural areas (Kimani-Murage, 2014). The living space is highly crowded with poor sanitation facilities and higher risks of sexual assault, especially for younger women (Kwiringira, 2014; Satterthwaite, 2017). The urban poor woman and child live in a more vulnerable situation compared to her richer urban counterparts and indeed rural residents. Recent studies indicate that the burden of child deaths is higher among the urban poor compared to those in rural areas (Bocquier, 2011; Kimani-Murage, 2014). And although the urban poor have physical access, actual access to timely and quality services is a constraint. Such constraints relate to the limited number of public facilities, the cost of services from the numerous private facilities, the poorly coordinated system and a host of other system challenges, which often disproportionately affect the poor.

This study fits into a larger effort by the Makerere University School of Public Health Centre of Excellence for Maternal, Newborn and Child Health to improve the health of mothers, newborns and children in the slums of Kampala.

Close geographic proximity to health facilities does not necessarily translate to utilization of healthcare. Children under the age of five who live within a short distance of a number of health facilities within Kampala, including free government hospitals, are still dying. Recent studies indicate that the rates of child deaths are higher among the urban poor compared to those in rural areas (Bocquier, 2011; Kimani-Murage, 2014). Because of the lack of a death registry or consistent death audit process, the causes of death of these children remain un-investigated. Thus, it is not known why children under the age of 5 are dying in Kampala, even when they live within close proximity to health facilities. This study builds upon previous research using verbal and social autopsy (VASA) methodology to discern the biomedical cause as well as the sociodemographic, cultural and environmental causes of death of children under age 5 in the slum communities of Kampala. With increased rural-urban migration, it is increasingly important that we understand the health dynamics of urban poor children.

Furthermore, there has never been a verbal and social autopsy study exclusively targeting residents of urban slum communities in sub-Saharan Africa (SSA). Verbal autopsy instruments alone, without the social autopsy component, have been utilized in urban slum communities in SSA (Hutain, 2019). This study will contribute to existing scholarship and has the potential to inform how other similar urban settings can utilize community-based methods of death investigation among residents of informal settlements.

Invest time in the beginning to build a strong mentorship team. Before I started applying for the Fogarty, I reflected on my past research and global health experiences and outlined my priorities for the year. My prior experiences taught me that an excellent mentorship team can not only define the success of the project, but also often defines the success of my growth and learning from the project. Therefore, my priority was to find an excellent mentor first. Meeting with potential mentors was fun and exciting, but this process takes time. It can sometimes feel defeating if you don’t find the right fit immediately. Be patient. Try your best to know yourself, your needs and what you look for in a mentor. The up-front time investment will pay off in the long run.