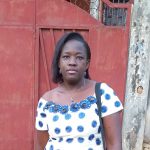 Effects of HIV-associated immune activation on the skin bacterial microbiota and on the pathogenesis of cutaneous Kaposi’s sarcoma in adults in Cameroon.

The Human Immunodeficiency Virus (HIV) is the etiologic agent of Acquired Immune Deficiency Syndrome (AIDS), a deadly disease characterized by a profound upheaval of the immune system and the consequent increased risk of developing opportunistic infectious illnesses and tumors. According to the global HIV and AIDS statistics, HIV continues to be a major global public health issue, having claimed almost 32.7 million lives so far, of which 690000 people in 2019. However, with increasing access to effective HIV prevention, diagnosis, treatment and care, including for opportunistic infections, sub-Saharan Africa still bears the greatest brunt with 470 000 AIDS-related deaths in 2018. In Cameroon, 540,000 peoples were living with HIV in 2018, of which 3.6% were adults aged between 15 and 49 years. That same year, 23,000 new infections were recorded and 18,000 people died from AIDS-related illnesses. There is growing evidence that chronic immune activation and inflammation play an important role in the homeostatic disturbance of several organs, promoting opportunistic infections and certain cancers in people living with HIV on and off antiretrovirals therapy (ART). In-depth studies must therefore be carried out in order to detect certain biomarkers of immune activation which may have an effect on the skin bacterial homeostasis in order to recommend better management and reduce opportunistic infections such as Kaposi sarcoma which is among the main causes of death in people living with HIV. The skin represents the primary interface between the host and the environment. Microbial profiling has revealed the presence of highly diverse commensal communities along distinct topographical skin sites which have an important role in human health and diseases. Recently, it has been reported that gut microbiome is involved in the development of inflammation in HIV infection and there is interaction between the microbiome and systemic immune activation. Opportunistic infections seen in AIDS patients commonly include dermatological conditions, such as Kaposi’s sarcoma (KS) or Candidiasis. However, to our knowledge, no studies have extensively covered the skin microbiome in AIDS patients nor in HIV infected individuals. When searching for the keywords, ” skin microbiome, opportunistic infection and AIDS,” there are only two hits, neither of which are related to microbiome meta-analysis. Our preliminary unpublished data shows significant dysregulation in skin microbiome between HIV positive and negative adults which is further exacerbated in patients with Kaposi sarcoma. Nonetheless, unraveling the implication of immune activation in HIV/AIDS patients could improve our understanding on the risk of developing some skin opportunistic infection like Kaposi sarcoma.

HIV/AIDS is a worldwide public health problem, with significant burden. Our study will be of great interest as it will provide preliminary data on the relationship between skin bacterial microbiota and immune status of HIV-infected people. This will serve to conduct in-depth studies that will aid the identification of biomarkers linked to the risk to develop opportunistic skin diseases in HIV patients.