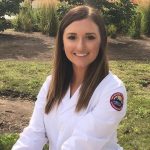 Research has increasingly focused on HIV transmission among populations disproportionately affected by HIV infection, including transgender women (TW; persons whose sex assigned at birth was male but whose gender identity is female) and their sexual partners (PTW; partners of transgender women). Although the ultimate driver of HIV transmission among these populations is condomless anal intercourse (CAI), a number of behavioral and psychosocial factors influence risk. Behaviors such as sexual concurrency (overlapping sexual partnerships where sexual intercourse with one partner occurs between two acts of intercourse with another partner), drug or alcohol use/dependence, sex work, housing insecurity, and reluctance to seek testing or healthcare services for HIV/STIs are known to increase risk for HIV. (10) These behaviors are influenced by psychosocial determinants of disease burden, notably interpersonal stigma and self-perceived risk. Exploring factors that increase vulnerability for acquiring HIV is imperative to gaining a more holistic understanding of the persistently elevated HIV burden among these populations and developing sustainable interventions.

Interpersonal stigma involves behaviors such as verbal harassment or physical assault based on one’s social identity. (5) A number of studies have demonstrated how stigmatization processes increase individuals’ vulnerability to behavioral risks, disease acquisition and mortality. (4) Furthermore, studies have shown that interpersonal stigma is associated with high levels of psychological distress, as evidenced by anxious and depressive symptoms, among transgender women. (5)

Stigma associated with TW extends into their sexual partnerships and relationships. In a recent study, sexual partners of TW reported discrimination due to associating with their TW partners. (1) Other studies corroborate these findings, deducing that cisgender partners of transgender women may experience interpersonal stigma due to their partner’s gender identity, known as stigma by association, and consequently experience harassment and violence. (5) Stigma by association has been associated with lower relationship quality, as well as greater levels of psychological distress and substance use, factors known to contribute to HIV risk. (5) The gender minority stress model illustrates that societal stigma targeted toward TW may result in the anticipation by PTW of negative treatment from the general public, families, and friends about their relationship with a member of a stigmatized group, which negatively affects their mental health, creating psychological distress. Stigma also increases risk of engaging in behaviors that predispose to HIV. In a recent study, higher levels of relationship stigma from the public were associated with increased odds of engaging in drug use prior to having CAI and receiving an STI diagnosis in the last 30 days. (3) Another study found that among PTW, prevalence of alcohol dependency, concurrency, and CAI was high compared to TW and MSM. (10) Stigma may also play a role in low HIV testing uptake among vulnerable populations. (6) As a result, PTW may be less likely than MSM and TW to receive interventions like HIV testing. (10)

Much of what we know about the sexual risk among PTW is indirect data drawn from studies working with TW, and therefore may not appropriately reflect sexual risk among PTW. (1) The few studies available to us suggest that PTW may be at high risk for HIV/STIs. (1) A recent meta-analysis conducted in the United States found that PTW consistently engaged in a variety of behaviors associated with increased risk of HIV transmission, including CAI, multiple sexual partners, and substance use. (1) In another study, cumulative concurrency in partnerships in the prior three months was appreciably more common among PTW compared to TW and MSM groups, at 38%. (10) In contrast to MSM and TW, few PTW had tested for HIV in the prior twelve months. (10) The low HIV testing rate found among PTW indicates that they may be less likely to receive HIV prevention interventions than other groups, and therefore may not be aware of their risk. (10) Previous students have reported PTW in Latin America are less likely to have been recently tested and less likely to perceive themselves to be high risk for HIV. (10)

Self-perceived HIV risk is an important precursor of health-seeking behavior. (6) Low perceived risk may be a significant factor contributing to increased risk for HIV among PTW. Several studies have reported that the major reason provided by those who refused to take an HIV test was that they did not perceive themselves to be at risk. (6) Self-perceived risk and actual risk are not always congruent. Studies suggest that health information increased the likelihood that a person would comply with health-seeking behaviors, underscoring the importance of sexual health knowledge and its role in accurately perceiving risk of HIV. (6) Discrepancies between these measures can result in inadequate utilization of HIV prevention services among populations that are at disproportionately elevated risk. (6)

A recent study in Lima found that despite increased engagement in risky behavior among PTW, HIV prevalence was lower than other groups, with 8% testing positive, in contrast to 15% of TW and 21% of MSM. (10) One hypothesis to explain this discrepancy could be that fewer PTW are HIV-positive, but that high concurrent behavior at the time of seroconversion could mean that those that are HIV positive are effective transmitters to their sexual partners. (10) Indeed, over a third of PTW in that study reported concurrent partnerships in the previous three months. (10) Another factor may be the higher diversity of partners among sexual networks of PTW. Evidence from a recent meta-analysis suggests PTW may serve as a bridge population, transmitting HIV/STIs to TW from other populations, such as MSM, with which they engage in anal intercourse. (1) Research characterizing the sexual networks of TW and their partners has made it clear that efforts for HIV prevention in the LGBTQ+ population are incomplete without accounting for PTW’s role in disease transmission. It is important to understand the factors and motivations behind behaviors associated with HIV risk among PTW, and how stigma, barriers to care, self-perception of HIV risk, and education regarding HIV infection contribute to these results.

Efforts must be made to elucidate the barriers to care for PTW and factors that may increase their willingness to participate in HIV prevention programs. A recent qualitative study found that cisgender men in partnerships with transgender women did not want to be linked to or engage in HIV prevention programs that were designed for sexual and gender minority communities. (3) The low HIV testing uptake among MSM and TW may stem from stigmatizing attitudes towards people living with HIV, which may generate fear of HIV stigma and being labeled as HIV positive, thereby preventing people from seeking out their HIV status. (6) Systematic discrimination and stigma within the healthcare setting can also deter marginalized communities from visiting healthcare providers and getting tested. (6) Prior research suggests that men may be concerned that HIV testing counselors might share their personal information regarding being in a relationship with a TW. (3) Understanding the barriers to care within this community is important in developing HIV prevention strategies that will successfully reach them. Intersectional approaches to guide health promotion efforts are needed to understand the needs of the target populations and the unique drivers of HIV risk among them, and to mitigate the effects of interpersonal stigma that prevents them from engaging in health-seeking behaviors.

References: 1. Restar, A., Surace, A., Ogunbajo, A., Edeza, A., Kahler, C. The HIV-Related Risk Factors of the Cisgender Male Sexual Partners of Transgender Women (MSTW) in the United States: A Systematic Review of the Literature. AIDS Education and Prevention. 2019; 31(5): 463-478.

6. Seekaew, Pich, et al. Discordance between Self-perceived and Actual Risk of HIV Infection among Men Who Have Sex with Men and Transgender Women in Thailand: A Cross-sectional Assessment. Journal of the International AIDS Society. 2019; 22(12).

8. Lyons, Carrie, et al. Stigma and Outness about Sexual Behaviors among Cisgender Men Who Have Sex with Men and Transgender Women in Eswatini: A Latent Class Analysis. BMC Infectious Diseases. 2019; 19(1).

This research is important because current HIV prevention activities may not be reaching PTW, resulting in less frequent HIV testing and condom use. (10) Evidence from recent studies suggests that PTW may be difficult to reach through traditional community-targeted HIV-prevention approaches. (1) In Peru, outreach and prevention is largely targeted to gay communities, and therefore may underserve TW and their partners, who identify primarily as hetero- or bi-sexual. (10) These findings are not exclusive to Peru; a recent meta-analysis in the United States found that none of the studies included assessed HIV services utilization among PTW. (1)

Understanding the psychosocial determinants of health and barriers to accessing healthcare services is integral to developing HIV prevention strategies that reach these populations. Research is warranted to better understand whether and how TW and PTW appraise HIV risk and define sexual health goals to prevent HIV acquisition or transmission in their relationships. (2) A cross-sectional study in Thailand found that future HIV prevention strategies need to fill the gap between self-perceived risk and actual risk in order to help HIV-vulnerable populations understand their risk better and proactively seek HIV prevention services. (6)

Research is also needed to better understand the ways in which transphobia, a central component of stigma among these populations, may interact and contribute to HIV risk. (3) Stigma has been explained as a fundamental cause of health disparities and may serve as a barrier towards sexual health communications among PTW. (1) Perceived stigma may also impact healthcare utilization and access to prevention and treatment information and tools. (1) Evolving biomedical HIV prevention strategies will only be effective if researchers and practitioners continue to disentangle sexual networks among these populations and develop interventions that reflect the needs of the community and understand the psychosocial determinants of their health.