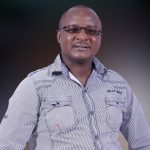 Pre-Exposure Prophylaxis for prevention of Human Immunodeficiency Virus transmission among sexual and injecting partners of People Who Inject Drugs in Nairobi, Kenya

Since 2010, the annual global number of new HIV infections among adults has remained static and it is largely fueled by key populations among them people who inject drugs (PWID). Key populations in Kenya account for one third of all new HIV infections and 18.3% of PWID in the country are living with HIV. There is an alarming increase in the burden of drug use in the country, with close to 4 out of 10 Kenyans reporting to have used a substance in their lifetime including injectable drugs thus fueling the spread of HIV. Pre-Exposure Prophylaxis (PrEP) has been shown to prevent HIV transmission among PWID by over 70.0% if and when used correctly. However, uptake, adherence, scale up of use, coverage and retention currently remain limited. Thus, effective interventions are needed to enhance the uptake of PrEP among PWID and their sexual and injecting partners in order to prevent HIV transmission. The broad objective of the study is to determine barriers and facilitators to PrEP uptake and adherence among sexual and injecting partners of PWID in Nairobi County and the effect of a theory-guided behavioral intervention (PrEP-UP) on the uptake of PrEP by this group.

This study will contribute to the global call for the reduction in new HIV infections among PWIDs and their sexual and injecting partners. The study will further inform future effectiveness-implementation science interventions and recommend the best PrEP scale up approaches in addition to contributing to the global scientific knowledge.