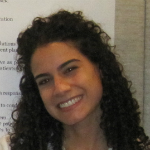 Cervical cancer is increasingly preventable with the advent of screening, treatment, and vaccination for human papilloma virus (HPV), a sexually transmitted infection responsible for 99 percent of cervical cancer cases. Although cervical cancer has decreased to the tenth most prevalent type of cancer among women in developed countries, it remains the second leading type of cancer among women in developing countries. Effective HPV screening and treatment in underserved areas is necessary to close the gap in morbidity from this largely preventable disease. Female sex workers (FSWs) are at especially high risk of HPV infection compared to the general population, and are placed at additional risk for developing cervical cancer if proper screening and treatment protocols are not implemented. In Lima, Peru, where prostitution is permitted, registered FSWs receive regular screening for sexually transmitted diseases at designated health clinics such as the Centro de Salud “Alberto Barton” del Callao (CSAB). CSAB screens an estimated 300 FSWs for HPV each month in urban Lima. A study conducted among FSWs 18–26 years of age between August 2009 and March 2010 from 49 different locales in Lima, Peru found a prevalence of HPV in cervical samples of 66.8%, including HPV 16, 18 in 17.1% and oncogenic types in 42%, thus highlighting the need for intervention to prevent cervical cancer in this population (Brown). However, CSAB lacks the technological resources to provide treatment for abnormal test results, and must refer women with HPV to other hospitals for care. As a result, many women are lost to follow-up after screening at CSAB, and there is a critical lack of epidemiological data regarding treatment for these women. Additionally, barriers to follow-up such as lack of access to resources, stigmatization, and psychosocial factors have not yet been evaluated. Impediments to thorough care cannot be addressed without information about the primary obstacles to follow-up.