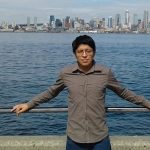 Most genetic studies of stroke have focused on people of European descent, with only ~1500 Latin American subjects analyzed so far. However, population-specific DNA variants account for up to 50% of the heritability of polygenic traits, thus limiting our capacity to extrapolate genetic associations from one population to another. Furthermore, there effect-sizes are heterogeneous between populations and analyzing diverse cohorts improves discovery of trait-associated genetic variants. We will perform the first genetic association study of ischemic stroke in Peruvian population, a Latino population with a large Amerindian ancestry component.

Minority populations from the United States have an increased burden of chronic conditions. This fact coupled with the limited capacity to extrapolate genetic associations between populations and the underrepresentation of Latinos in genome-wide association studies (GWAS), prevents them from benefitting from precision medicine initiatives. Studying the genetic basis of stroke among Peruvians will not only help us understand its etiology in this population, but will also, by joining efforts with other groups, increase the diversity of GWAS cohorts.