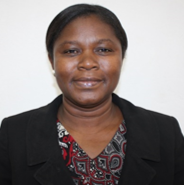 Female genital mutilation (FGM), also known as female circumcision, is defined as the partial or total removal of external female genitalia and injury to the female organs for cultural or other nontherapeutic reason (1). The traditional practice of FGM continues to occur in a number of countries worldwide. The prevalence of FGM varies across countries and social institutions behind the practice are multifaceted. Globally, three million girls are at risk of genital mutilation and an estimated 200 million girls and women in the world are so far genitally mutilated (1,2).

Female Genital Mutilation is a cultural practice that is performed in various forms in 28 African countries. Although the overall prevalence in Ghana is 4 percent (3), studies have shown that the prevalence varied according to regions and is widely spread in northern Ghana (4–6). In the Upper East region, the prevalence is 38% with Bawku municipality recording the highest (7).

FGM may have serious consequences on women’s lives. It often affects the physical, social and psychological status of women (9–11) as it involves partial or total removal of the external female genitalia or other injury to the female genital organs whether for cultural or any other nontherapeutic reasons (8). Several studies have also mentioned social acceptance, religion, hygiene, preservation of virginity, marriageability as reasons for performing the practice (12–14).

Many women have undergone female genital mutilation in Ghana and many more women and girls are at risk of undergoing female genital mutilation every year. The majority of girls are cut before they turn 15 years old. In 1994, the Ghanaian national government outlawed female genital circumcision. According to this law, circumcisers can be sentenced to up to three years of imprisonment (Criminal code Amendment bill; Ghana, 1994) (15). However, this traditional practice is still going on among some predominant ethnic groups of the Upper East region, in spite of the 1994 legislation outlawing it.

Also, in some parts of Ghana, social intervention programs were carried out to eradicate the practice (16,17). However, the desired effects have not been achieved because of the difficulties in dealing with this sensitive practice and the fact that even at the household level the decision about whether a girl should be circumcised or not is a complex one. Social science research nonetheless shows that women are the immediate guardians of the practice, deciding the fate of young women who join extended families, often more aggressively and openly supportive of the practice (18). Some analysts have also suggested that women are the potential agents for social change, remaining relatively open and supportive to programs for ending the practice. In this view, women should be the targets for social action, not because they are a problem in fostering change, but because they are a social resource for introducing change. These conflicting views about women’s role in perpetuating FGM have created a need to assess men and women’s knowledge, attitudes, beliefs and practices of the harmful traditional practice.

Although Female Genital Mutilation (FGM) may be seen as a concern that does not affect women in the United States, data suggests that the number of women and girls at risk for FGM in the United States has more than doubled in the past 10 years. More than half a million women and girls in the U.S. are at risk of undergoing FGM in the U.S. or abroad, or have already undergone the procedure, including 166,173 under the age of 18, according to the Population Reference Bureau (PRB). Immigration to the U.S. from African and Middle Eastern countries—where the practice of FGM is a deeply entrenched cultural tradition—is driving the rise in numbers. African immigration to the U.S. has doubled every decade since 1970, with more than 1.8 million African-born people now living in the U.S., according to Census data. Immigrants from Ghana, Nigeria, Ethiopia and Egypt, all countries that perform FGM, accounted for 41 percent of total African immigrants. This is especially pertinent as native-born parents often send their daughters back to their home country to undergo FGM—a practice widely known as “vacation cutting”—or have a traditional midwife or cutter sent to perform FGM in the U.S.

According to the PRB, California is the state with the largest number of at-risk women and girls, with 56,872, followed by New York, with 48,418, and Minnesota, with 44,293. In terms of cities in the U.S., New York, Washington and Minneapolis-St. Paul are the metropolitan areas with the largest numbers of at-risk women and girls.

This study, while focusing on rural northern Ghana, will provide important insight into the decision making process surrounding FGM and will lead to interventions to reduce its use by focusing on understanding family dynamics and the social norms that drive its continued utilization.