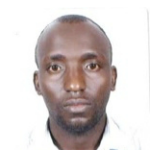 Dr Musubire was born and brought up in the central Part of Uganda. He completed high school in 1995 before joining Mbarara university of Science and Technology where he graduated with a bachelor of Medicine and Bachelor of Surgery degree. During his undergraduate training, he had a lot of rural experience in the southern and eastern parts of the country. On graduating, he was employed as a medical officer at a health centre IV in mid western part of Uganda where he got deeply involved in HIV care activities. Between 2005 and 2010, he undertook postgraduate training in Internal medicine at Makerere University. He is currently employed as a physician on the Neurology Unit, Department of Internal Medicine, Mulago hospital complex. He has been involved in cryptococcal research for the past four years and is currently working as a study doctor on the Cryptococcal Optimal ART Timing (COAT) Trial and Neurological outcomes after Antiretroviral Therapy (NOAT) Study. His career interest is in the diagnostics of infections of the nervous system which are highly prevalent in the Ugandan HIV population but often misdiagnosed because of the lack of resources. He is also part of the Ministry of Health investigators team in the (as yet) mysterious Nodding Syndrome in Northern Uganda / Southern Sudan. He is married with three children. He enjoys playing Lawn tennis and watching television especially documentaries and sports programs.