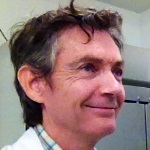 We have previously demonstrated a possible link between DENV strain variation and epidemic severity during an epidemic sweep among South Pacific islands that took place in the early 1970s: dengue viruses isolated from an outbreak on the island of Tonga revealed 3 unique amino acid substitutions (in the prM, NS2A and NS4A gene regions) that distinguished them from all others, correlated with an outbreak on that island that was distinctly attenuated compared with outbreaks on all other affected islands. Based on these observations we hypothesize that changes in the dengue virus genome can lead to variations in disease severity and epidemic potential between different strains of the dengue virus.
The next critical step to build upon this preliminary analysis is a comparative examination of dengue virus strains isolated from the South Pacific 1971-74 DENV-2 epidemic sweep, focusing on differences between those isolated from Tonga versus those from other islands (Tahiti, Fiji, American Samoa, New Caledonia), using tissue culture and in vivo Aedes mosquito assays to detect changes in virus phenotype related to epidemic dynamics.

The dengue arbovirus causes infectious disease ranging from febrile illness to hemorrhagic fever. Worldwide incidence has increased alarmingly to where infections now range from 50–100 million to 390 million a year, making dengue the most common mosquito-borne viral disease in the world. Nonetheless, the mechanism by which dengue virus (DENV) causes disease and why disease symptoms show considerable variation remains unclear. A variety of known risk factors for serious dengue disease have been identified, such as viral strain variation, vector competency, age and genetic background of the host, and secondary infection by a heterologous DENV serotype . However, the importance of virus strain variation in epidemic potential and possibly virulence has been implicated in other studies and warrants further investigation into the role of virus molecular evolution in driving epidemics. Importantly, the interplay between viral strain variation and vector evolutionary ecology and how both affect dengue epidemic intensity remains unresolved.

Given that dengue transmission takes place exclusively between the human host and Aedes vector, no animal model is available for direct examination of viral strain variation. This study is unique in that it takes advantage of a natural course of dengue epidemic emergence and attenuation in which many, if not most, of the confounding factors in dengue disease dynamics could be excluded except for virus evolution, thus allowing for a clearer examination of the effects of strain variation and genetic change on dengue virus epidemic severity. The correlation between genetic change and outbreak variation identified in wild DENV isolates from Tonga thus provide a unique opportunity for comparing phenotypes of epidemic potential and/or virulence. Such phenotypic comparisons have the potential to elucidate the mechanisms by which DENV strains produce variations in disease outcome and have far-reaching impacts on dengue surveillance, vaccine development, and the study of viral evolution.