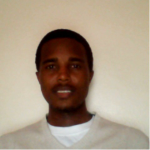 The study will provide key information about in utero HIV exposure influence on naturally acquired immunity to P. falciparum, important in future development of a malaria vaccine regimen for HIV-EU. Data will also serve as a basis for subsequent grant application to investigate in utero environmental influence on frequency/function of memory B cell subsets, antibody half-life and breadth of responses to malaria antigens.

Sub-Saharan African women make up 80% of the estimated 16 million women living with HIV worldwide. The majority of these infections occur in women of childbearing age. Consequently, 92% of pregnant women living with HIV are found in Africa. With widespread use of anti-retroviral therapy to prevent mother-to-child transmission of HIV, there is a growing population of infants exposed in-utero to both HIV and AART, but who remain HIV-uninfected (HIV-EU). HIV-EU have higher mortality and morbidity to certain diseases including malaria. Malaria severely affects children in Africa, accounting for 1,300 deaths daily in children under 5. Humoral immune responses to malaria are a major target of protective immunity. No single defined parasite antigen perfectly correlates with protection from malaria, but responses to multiple antigens appear to correlate with protection from clinical malaria. Despite the fact that HIV-EU are known to be at increased risk for severe malaria, the underlying mechanism(s) is (are) unknown. Although likely to be multifactorial, infant immunity, modelled by a chronically immune-activated in utero environment, characterized by dysfunctional B cells and elevated pro-inflammatory cytokines may play a crucial role. In effect, HIV-EU immune response to certain vaccines is decreased and white cell counts < 9000/microliters at birth are associated with higher malaria morbidity. Studies have shown persistently activated T cells, increased T regulatory cells, higher levels of polyclonal antibodies and increased B cell apoptosis in HIV-EU. Since antibody avidity is also associated with overall quality of immune response, this too may be impaired in HIV-EU. Cytokines play a key role in B cell function and antibody production. Increased levels of interleukin (IL)-7 that interfere with B cell proliferation and survival have been found in HIV-EU.Only a limited number of these cytokines have been investigated in HIV-EU, but their correlation to antibody response is yet to be assessed. Galectin 9, which causes T-cell apoptosis, has been found to remain elevated even in viral suppressed subjects on AART. It is plausible that HIV-EU, exposed to this kind of in utero environment, have direct and indirect impairment of B cell function and hence antibody production. We therefore hypothesize that in utero HIV exposure alters infant B cell development and function, antibody production and function in response to P. falciparum infection.