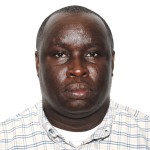 Interactions of HIV and Malaria with Iron Deficiency

In the present study, we aim to assess whether iron deficiency is more frequent in adults with HIV infection, and whether it is protective against malaria in children living in a malaria endemic area. The study questions can be answered with samples from established cohorts, and they will provide the basis for future research studies on iron supplementation and malaria risk in these two populations