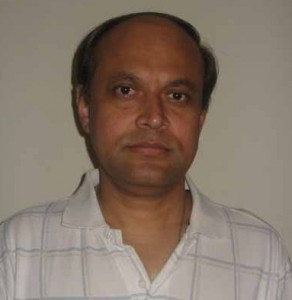 Angiogenesis is an evolutionary conserved physiological process that helps in formation and maintenance of blood vessels to supply oxygen and nutrients to the tissues, to remove of waste and help in immune surveillance of the organisms. Angiogenesis is a complex multistep process that includes the stimulation of endothelial cells by angiogenic growth factors, followed by proteolytic degradation and invasion of extracellular matrix, migration and proliferation of endothelial cells and subsequently new capillary forms. The initiation of angiogenesis, often called as angiogenesis switch, is a highly regulated process between proangiogenic and antiangiogenic factors. While proangiogenic factors lead to new vessel formation, the antiangiogenic factors shift the equilibrium to aberrant angiogenesis that also includes hypoperfusion or vessel outgrowth.

CM caused by Plasmodium falciparum is a fatal form of malaria in children that can ravage brain. The pathophysiology of CM is poorly undrestood, but it is believed that infected erythrocytes bind to celebral endothelium and dysregulate angiogenic process by disbalancing proangiogenis and antiangiogenic equilibrium and activating inflammation factors that leads to the obstruction of blood vessels disrupting blood- brain barrier. In fact recent report showed that in CM, a platelet factor, PF4 activates immune system by turning on pro-inflammatory cells, monocytes. Monocytes then contribute to the inflammation in the blood vessels which leads to obstructions in the brain. The research demonstrated that mice are protected from CM without PF4.

The cerebral venules of CM patients are loaded with parasitized erythrocytes. Microhemorrhages, local and global hypoxia-ischemia and glial proliferation are common pathological hallmarks of CM patients and finally Durck’s granulomas characterized by aggregates of astrocytes and microglial cells occur, which ultimately lead to the neurological impairments observed in survivors and could be the reason of fatal brain edema. During hypoxic stress, cells try to compensate the stress by inducing angiogenic factors and other proteins like EPO, GLUT4 etc. The angiogenic proteins in brain of CM have been analysed. Several angiogenic proteins were found to be expressed in CM patients. VEGF was detected in astrocytes of CM patients, Flt-1 in Durck’s granulomas, matrix metalloproteinase-1 in macrophages/ microglial cells in Durck’s granulomas. Apart from pro-angiogenic proteins, several antiangiogenis proteins, namely Thrombospondin-1 and angiostatin were also expressed. Thrombospondin-1 was predominantly expressed in Durck’s granulomas and as well as in vessel walls of cerebral vasculature. It is well known that Thrombospondin-1 helps parasitized erythrocytes adhered to endothelial cells. It also induces endothelial cell apoptosis in vitro and inhibits migration and neovascularization in vivo. It is clear fro above observations that CM patients expressed both pro and anti-angiogenic factors and as a result angiogenesis equilibrium is dysregulated. Hence the balance towards proangiogenesis will be therapeutically benefacial. Improvement of endothelial cell function by coordinated regulation of angiogenesis will certainly help CM patients survival chance.

The role of microRNAs and their expression status in CM patients have not studied. MicroRNAs are highly conserved, non-coding short RNA molecules of 22 nucleotides that regulate gene expression post-transcriptionally. MicroRNAs are expressed at high levels in animal cells and are dynamically regulated in response to physiological and developmental cues. Each type of cell is likely to have a specific microRNA milieu — defined by a unique set of microRNAs — that controls gene expression. Each microRNA has the potential to regulate a large number of target genes. Recent reports suggest that microRNAs have essential role in regulating angiogenesis, vasculogenesis, and inflammation. For example, it has been reported that microRNA-424 plays an important physiological role in post-ischemic vascular remodeling and and angiogenesis. The knocking down of microRNA-424 leads to aberrant angiogenesis. So it is highly important to elucidate the role of microRNAs in regulating angiogenesis and inflammation associated with CM. Hence I want to analyse the expression of microRNAs and their target(s) derived from CM patients along with proper controls both computionally and biochemically and in doing so I hope to discover different angiogenic, immunological and neurological factors associated with CM disease progression, so that effective therapeutic strategies could be developed.

Malaria is a major global health problem although the disease is mainly prevalent in the Africa countries and South East Asia. According to a recent report, more than 1 million people died from malaria in 2010. Malaria causes high fevers as well as shivers, joint pain, vomiting, jaundice, hemoglobinuria, defected retinas, and convulsions. Plasmodium falciparum causes severe malaria and, if left untreated, may end in comatose and/or death. Young children and pregnant women are especially vulnerable. Patients often suffer from splenomegly, cerebral ischemia, splenomegly, hepatomegly, hyperglycemia, hypoglycemia, and hemoglobinuria with renal failure. Cerebral malaria caused by Plasmodium falciparum may also cause brain injury leading to cognitive impairment. Although drugs are available to treat malaria, the parasite has become increasingly resistant. New approaches need to be taken to elucidate the mechanisms of malaria infection.