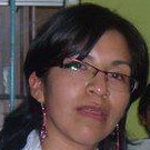 Depression and anxiety in a Quechua speaking rural population from the Andean highlands of Peru: a mixed methods study

An increased prevalence of mental illness has been associated with societies with increased poverty, marginalization, violence, stress, and longer working hours such as exist in many low and middle income Latin American countries. In Latin America, mental illnesses are highly prevalent, with lifetime prevalence rates ranging from 23.7 to 39.1 percent. Depression and Anxiety Disorder have also been shown to have a high prevalence worldwide at 10-20% and 16% respectively.(1,2). Mental health services in the region are currently mostly concentrated in specialized Psychiatric hospitals, with limited outpatient or community mental health services available. (3–5)

Peru is a middle-income country located in South America and has poor mental health care services due to a limited number of qualified practicing specialists. There are around 700 specialists mostly concentrated in the main urban cities, covering over 30 million people nationwide. The scarcity of specialized mental health services negatively affects the diagnosis, treatment, and health outcomes of people living with mental illness. (2,6) The National Institute for Mental Health of Peru reports a 28.1% lifetime prevalence and a 9.1% annual prevalence of psychiatric disorders specifically in the Peruvian population. Community-based prevalence studies have reported a 18.2% frequency of depression in the capitol city of Lima, 21.4% in the jungle regions and 16.4% in the Andean highland regions.(7) However, the studies of depression in the Andean highlands were limited to only 6 rural populations and notably did not include any Quechua-speaking populations, despite the fact that a vast majority of Andean highland populations are native Quechua speakers and that they face their own unique history of violence, discrimination, and stigmatization.
The few studies looking at depression and anxiety in Quechua speakers in Peru mainly evaluated the effect of political violence on mental health. Pedersen et al., for example, utilized a mixed methods approach with semi-structured interviews and the HSCL-25 (Hopkins Symptom Checklist-25), TQ (Trauma Questionnaire), and GHQ-12 (General Health Questionnaire) scales in both Quechua and Spanish to measure depression and anxiety and its association with violence from 2001 to 2003 in the southern Andean highland communities of Ayacucho, Peru. The study found that up to 56% of individuals in the community had anxiety and depression. (8,9) In addition to performing a cultural validation of the scales in Quechua and Spanish, their mixed methods approach with semi-structured interviews conducted in the native Quechua revealed many language and culture-specific concepts related to depression and mental health that highlight the importance of socio-cultural and linguistic context in mental health evaluations in these populations. (9) More recently, in 2010, Salgado and Moreno conducted a population-based study using the HSCL-25 questionnaire previously used by Pedersen to assess the impact of political violence. In their thesis work, they found that 88% (46 of 52 women) of the rural female population of Apurimac in southern Peru showed symptoms of anxiety and depression, however the cutoff level of the scale was relaxed from the original version.(11) No other studies have followed up on this elevated reported prevalence and no interventions have been planned or executed in these populations.

Huancavelica, located in central Peru, had 494,963 inhabitants in 2015,(12) and 12.3% of the population is Quechua-speaking.(13) Huancavelica has the highest regional poverty rate in the country and, 51.3% of the population has children under the age of 5 suffering from chronic malnutrition which is “four times the national malnutrition rate.” The average growth rate of the GDP per person in Huancavelica is also the lowest in Peru. (14) These negative socioeconomic and demographic indicators are associated with low quality of public services, especially health and level of education, which are barriers to reduce its poverty rate (14). The coverage of mental health care is also very limited in Huancavelica, with less than 5 psychiatrists for 4 hundred thousand inhabitants, less than the national rate of 0.76 per 100,000 population (2).The few epidemiological studies on mental illnesses in Peru have not included this region, possibly due to geographical and cultural barriers.

The Buenavista –Pichoy village, located in Huancavelica, has an estimated population of only 1200 inhabitants with a significant Quechua speaking population (more than 40%). Also, this village, has been recognized by Culture Ministry of Peru as a rural Quechua speaking community.(13) In this community, there are linguistic, cultural and socioeconomic gaps that do not allow people to integrate health services. There is no specialized mental health care system in this region, and because of its location, high levels of poverty, and history of social conflicts, the region is vulnerable to high occurrence of mental health illnesses including anxiety and depression. The proposed study is a community-based cross-sectional mixed methods study at the Buenavista Pichoy village in Huancavelica, Peru.

Specific Aims:
Overall Aim: To qualitatively and quantitatively evaluate the occurrence of anxiety and depression in a Quechua- speaking community of the Andean Highlands.

Knowing the impact of the most common mental illnesses such as anxiety and depressive symptoms as well as their associated factors in a Quechua-speaking population will facilitate the development of culturally and linguistically appropriate intervention strategies, which can be used as a model in other regions with similar contexts, in both Peru and other native communities abroad. There are strong community ties and enthusiastic local support for the execution of this project by the research team and for collaboration in the development of future interventions.