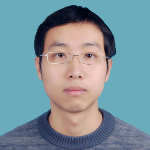 Chronic kidney disease (CKD) is defined by reduced glomerular filtration rate (GFR) or presence of markers for kidney damage, such as albuminuria or hematuria. The disease has rapidly emerged as a severe global health problem, with the population prevalence ranged from 10% to 16% around the world(1-3). Furthermore, CKD associated with an increased morbidity and mortality(4). There will also be a large number of patients entering end stage renal disease (ESRD), who require dialysis or kidney transplantation(5). Taken together, CKD will bring a huge disease burden to the world. In China, the prevalence of CKD has been estimated to be 10.8% in a national survey conducted between 2009 and 2010(6). Different from the pattern in developed countries, CKD in China were mainly in early stages with mild to moderate decreased kidney function. The proportion of CKD patients in advanced stages was much lower in China than that in developed countries. For example, the CKD prevalence in stage 3 (GFR between 30 and 60 ml/min/1.73m2) was 1.6%, while the corresponding prevalence in US and Norway were 7.7% and 4.2%, respectively(7). The pattern of the prevalence spectrum suggests an opportunity for intervention on risk factors of CKD to prevent its occurrence and progression.

Glomerulonephritis, herbal and environmental toxins related kidney disease were once the main types of CKD in China(8, 9). However, more and more metabolic disease related CKD can be seen in recent years due to the transition of risk factors spectrum. Surveys in recent years have shown that the main risk factors for CKD in China were aging, hypertension and diabetes, which have already been similar to those in the developed countries(6). In the past decades, people’s lifestyle in mainland China has changed a lot with patterns of nutritional excess and insufficient physical activity. The lifestyle change led to the increasing prevalence of metabolic diseases. For example, the prevalence of hypertension increased from 11% in 1991, to near 20% in 2002 and to 29.6% in 2010 according to some nation-wide surveys in China(10-12). A similar pattern has also been observed for diabetes mellitus. The prevalence of diabetes increased from less than 1.0% in 1980 to 11.6% in 2010(13). The rapidly increased prevalence of hypertension and diabetes may give an explanation on the large number of CKD patients in China and it can be expected that more CKD patients will enter late stages if given sufficient time.

The total prevalence of CKD was similar between China and US, however, the spectrum of CKD and the impact of risk factors in China may show a different pattern. For example, the prevalence of late stages of CKD in China are lower than those in developed countries. It is hypothesized that the high prevalence of hypertension, diabetes and other metabolic disorders in China has led to large numbers of patients with early stage of CKD. If given a longer time, we may observe their effect on late stage of CKD. The high prevalence of ESRD has been seen in Taiwan currently, where economic development started 10-20 years earlier than mainland China (14). As a country with limited healthcare resources, China will face a big challenge if no proper and efficient measures are executed. Given the high-quality and consecutive cross-sectional survey data in the National Health and Nutrition Examination Survey (NHANES) in America, it is possible to build a model based on the database to project future burden and identify potential factors of CKD in China. Understanding the tide of CKD and the impact of its risk factors is an essential first step to formulate and implement public health strategies.