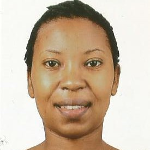 Sub-Saharan Africa remains the region most affected by HIV with nearly 70% of the global burden of infections [1]. Discordant couples, where one partner is HIV positive and the other is negative, are an important source of new HIV infections in Africa [2, 3]. Kenyan treatment guidelines currently recommend deferring pregnancy intentions if the positive partner is not virally suppressed and providing intensive counseling for risk reduction for those who want to conceive. Yet, several HIV prevention interventions, such as pre-exposure prophylaxis (PrEP) by the uninfected partner [4] and early initiation of antiretroviral therapy (ART) for the infected partner[6], can prevent HIV transmission to the negative partner when pregnancy is desired [5- 11]. While it has been shown that ART initiation can prevent transmission in couples and some recommend PrEP for safe conception [11, 12, 16], guidelines are lacking for providers in Kenya and other parts of sub-Saharan Africa working with discordant couples. Furthermore, it is not clear what providers are currently communicating to discordant couples and whether HIV positive persons and their partners have accurate information.

In the proposed study w will survey providers and discordant couples about counseling regarding the risk of HIV transmission. Our goal is to determine providers’ familiarity with current and accurate evidence, and determine if correct information is being communicated to discordant couples, especially those desiring pregnancy, who go through counseling process. We hypothesize that participants and health care providers will have misconceptions on the current information regarding risk of HIV transmission among discordant couples desiring pregnancy, specifically regarding HIV viral load monitoring and HIV prevention interventions such as PrEP and ART.