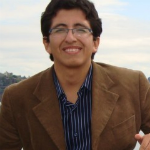 Parkinson’s disease (PD) is the second most common neurodegenerative disorder with a prevalence of 1-2% in those aged 60 years or older. Human genetic studies have begun to shed light on the molecular events that lead to neuronal injury and recent genome-wide association studies have uncovered over a dozen genes that modify PD risk in populations of European or Asian ancestry. However, the applicability of these results to Latin American populations has not yet been determined because the genetic makeup of these populations is complex and typically includes a substantial proportion of Amerindian admixture.

Although international genetic databases, such as the 1000 genomes project, include small numbers of mestizos (individuals of mixed ancestry) from Latin America (e.g. Puerto Ricans, Mexican Americans, and Colombians) “pure” Amerindians are not included. Furthermore, even small-scale genetic studies in Amerindian populations are limited and no genetic studies of neurodegenerative diseases have been conducted in these individuals.

This project will generate a list of sequence variants and corresponding frequencies for 12 PD-related genes in healthy Quechua Amerindian individuals. These data will then serve as a resource to our group and other investigators conducting future PD genetic studies in Latin American or other populations.