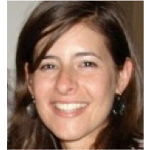 Injection drug use (IDU) accounts for over 40% of HIV transmission in many countries, and its prevalence may be increasing in several countries in Africa (1). In Kenya the total estimated number of persons who inject drugs (PWID) is alarmingly high at anywhere from 7,850 (NASCOP) to as many as 130,748 individuals (1), and there is evidence that the prevalence is increasing (2, 3). HIV prevalence among PWID is estimated to be greater than 40% in Kenya (1, 4, 5), and one study found that IDU was associated with the highest risk for HIV transmission of all risk factors evaluated (6). Accordingly, HIV risk behavior has been found to be exceedingly high in this population, with 36­50% (4, 6) sharing needles and 60% having sex with new partners in the past year, twice as many as non­PWIDs (6). It has been estimated that HIV prevalence might be reduced by 30% in Nairobi through IDU risk reduction programs (7).

The increasing visibility of PWID as a major HIV risk group in Kenya is also raising concerns for hepatitis C virus (HCV) infection among high­risk populations. Although it has been infrequently studied, an estimated 0.9% of the general population is HCV­positive in Kenya (8), as opposed to 11.3% of HIV­positive individuals (9) and 42­61% of Kenyan PWID (5, 10). Female PWID have repeatedly been shown to be at particularly high risk of both HIV and HCV at 80% and 73%, respectively (5, 10). Studies have consistently shown HIV to be associated with various poor prognostic indicators in patients coinfected with HCV (11). Compared to patients infected with HCV alone, HIV coinfection leads to decreased HCV viral clearance (12), increased risk of developing chronic infection (13), and increased speed and risk of progression to liver
disease (14), cirrhosis (14), and hepatocellular carcinoma (15). With the recent availability of new, highly effective hepatitis C treatments (16), it is more important than ever to identify populations of HCV infected and HCV/HIV coinfected individuals.
Although there is increasing concern that PWID may be contributing disproportionately to the ongoing HIV epidemic in Kenya, little is known about their specific transmission risks and health status, including HCV prevalence. Furthermore, while preliminary data indicate that women in particular may be at greatly increased risk, virtually no studies have focused specifically on women who inject drugs. This exceptionally vulnerable population is often overlooked and merits attention. In the proposed study, we plan to oversample female PWID in order to get a greater depth of understanding of their unique set of risk factors and barriers to seeking services from support programs for addiction and HIV care. We will test all participants for both HIV and HCV, and will be able to further our understanding of both the depth of the problem of HCV and how this may affect HIV disease progression. Finally, we will perform a needs assessment among employees at an organization serving PWID in order to design an intervention targeted at overcoming barriers to care among this high­risk group.

Aim 1:
Identify individuals with HIV infection, HCV infection, and HIV/HCV coinfection among a cohort of PWID accessing services at an IDU support organization in Nairobi, Kenya. Among this population, we will determine risk factors for both HIV and HCV infection, and assess barriers to care. We will focus on female PWID by oversampling compared to their relative numbers within the PWID population.

Aim 2:
Determine HIV disease state and linkage to care among PWID infected with HIV. In a return visit, we will gather additional detailed information regarding care options and unique barriers to care that may exist in this population. Additionally, HIV disease state will be determined through a second laboratory investigation.

Hypothesis: We hypothesize that the majority of HIV­positive PWID will have uncontrolled HIV infection, and will not be enrolled in care. Additionally, we hypothesize that IV drug use poses unique but addressable barriers to HIV care.

Aim 3:
Perform a preliminary needs assessment and value stream mapping among employees at an IDU support organization in order to plan an intervention to address linkage to care among HIV­positive PWID. Outreach workers who are former PWIDs based in the community will provide the majority of data regarding organizational flow, perceived needs, gaps in linkage to care, and plausible interventions that would pose potential solutions to these barriers.

Hypothesis: We hypothesize that there are low­cost, simple solutions to barriers to HIV care experienced by PWID in Nairobi. These could include changes to clinic services or patient flow and use of outreach workers or mobile health technology.
Implementing interventions tailored to address needs of PWID could significantly increase linkage to HIV care and treatment.