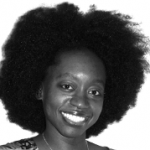 The overall goal of my project is to define the immunologic correlates that distinguish long­term responders versus non­ responders to measles revaccination after ART. I hypothesize that non­responders have a reduced population of memory B cells, associated with starting ART at a later age. I propose to test this hypothesis via the following specific aims:

1. Investigate the differences in the B cell and memory B cell populations between measles revaccination responders and non­responders.

3. Evaluate the relationship between the age at ART initiation and responsiveness to measles revaccination.

The proposed study represents the first effort to characterize the immunologic correlates of non­responsiveness to measles revaccination in HIV­positive children on ART in Sub­Saharan Africa. I am particularly interested to explore the hypothesis that initiation of ART earlier in life leads to durable anti­measles immunity after revaccination. This is in accord with randomized controlled trials and systematic reviews that have determined that initiating ART within the first year of life leads to decreased morbidity and mortality. We project that the results from these studies will comprise a key component of the evidence base used by WHO to formulate guidelines on the revaccination of HIV­positive children on ART. Potential future directions based on this work include the design of prospective studies that investigate the effects of varying age of ART initiation on durable responses to revaccination and comparing the efficacy of different empiric revaccination schedules on maintaining protective immunity. Finally, on a local scale, the proposed research will help build research capacity for our local partner, the University of Nairobi, to use flow cytometric tools to assay immune correlates of disease in future research.