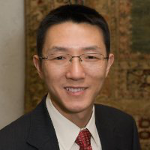 The LEAN trial strives to add value, minimize waste, and maintain simplicity throughout the program development and implementation. Keeping the intervention lean is necessary to ease the constraints in resources and program capacities faced by most LMCs. In addition to this lean principle, the acronym LEAN also aptly summarizes the critical component of the proposed intervention:

L: Lay care supporter (LCS)
E: E-platform with e-reminder, e-monitor, and e-educator via mobile text messaging
A: Award system mimicking Tae kwon do belt ranks to incentivize the patients
N: iNtegrating the L, E and A and beyond into a lean and coordinated approach

Whenever possible, we will recruit a volunteer lay care supporter (LCS) from each family with VWSs, who is supposed 1). to remind their patients to take medicine at the right time and amount with the support of our e-platform, 2). to detect and report on the early signs of abnormality of the patient with the prompt of a symptom checklist from the e-platform, and 3). to work with the village doctors and the township mental health administrators (MHA) as a team to arrange for patient care with the psychiatrists or the hospitals.

The e-platform has three main modules: e-reminder, e-monitor, and e-educator. The e-reminder is the core – text messages as the focal point of our intervention. Up to three rounds of drug-taking reminders in the form of simple text messages at the 15 minute interval will be sent to the VWS at their preferred time until they confirm the drug-taking by texting one back on their keyboard. No confirmation after the third reminder will trigger a notification SMS to the LCS, prompting them to check by phone or in person and text back the results. The reminder texted to the LCS will also go up to three rounds until a confirmation is received. The SMS will also be sent to remind drug refill and necessary periodic lab tests. The e-monitor will automatically send by email a weekly report of summary adherence statistics and patient/LCS response to the e-reminder to the MHA. The e-educator will send periodic SMS messages to the VWS, LCS, MHA, and the village doctor on schizophrenia symptoms, medication, adherence strategies, relapse, rehabilitation and social resources.

Characterized by hallucination, delusion, disorganized thinking and negative symptoms, schizophrenia remains the most chronic and disabling of all major mental illnesses and is commonly associated with impairment in social and occupational functioning . The approximate point prevalence and lifetime morbidity risk are high at 4.6 and 7.2 per 1,000 world population. Though schizophrenia cannot be cured, most people with schizophrenia can be effectively treated for symptoms by antipsychotic medicines. However, only 25-50% of schizophrenic cases received appropriate treatment, and 90% of untreated schizophrenia comes from developing countries. What the LEAN trial proposes adds on China’s 686 Program – probably the world’s largest effort to shift the focus of care from hospitals to the community for people with severe mental illnesses. The 686 Program features a model for people with severe mental disorders that typically comprise: 1). patient identification, initial assessment and registration, 2). free medication, 3). regular follow-up in the community, 4). management of community emergencies, and 5). free emergency hospitalization. Since 2008, the 686 Program has been gradually scaled up to the entire country. Liuyang (population 1.4 million, 89% rural) is among the first 686 pilot sites, where the LEAN will be experimented. The 686 evaluation reported that the program participants who never, intermittently, or regularly took medicine is 26%, 39%, and 35% respectively; and the authors concluded that poor medication adherence among the 686 program participants with schizophrenia substantially limited the effectiveness of the program. Our LEAN solution intends to enhance the 686 Program by addressing its deficiency in improving medication adherence and preventing relapse so as to improve patient outcomes, hypothesizing that the LEAN solution, characterized by lay care supporters (LCSs) with the support of a mobile phone text messaging platform will improve adherence, reduce relapse, and ultimately result in better functions for villagers with schizophrenia in Liuyang, China.