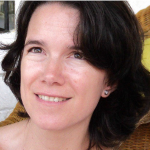 HIV is a life-threatening infection with very high burden in some areas of the world. In Peru, the prevalence for this disease is relatively low in the general population, with estimates ranging between 0.1% to 0.5% in young men and female adults [1]. This confers the HIV epidemiology in the country the condition of a “concentrated” epidemic, where men who have sex with men (MSM), men who have unprotected sex with female sex workers (FSW) have the larger burden for new cases [2] and young women who had received money for sex with any of their recent sex partners [1]. Different sexual practices accounted for new cases, with the larger burden among MSH (55%), casual heterosexual sex (6%) in the general population [2] . Among the female younger population aged 18-29 years old, women receiving money in exchange for sex from their sexual partners accounted for 67% of new HIV infections while MSM or men who had unprotected sex with FSW accounted for 84% new cases among the young male group [1].

Military personnel and police members are considered at higher risk of sexually transmitted infections (STI), since they are usually young, sexually active and primarily male [3]. A study conducted by Apolaya-Segura among young armed forces recruits showed that previous participation in the voluntary military service had an influence by increasing the number of sexual partners and alcohol consumption before their last sexual encounter [4]. Likewise, among HIV positive military personnel in the US, younger age, gender and previous diagnosis of STI have been related to higher risk sexual behavior[5]. Equally concerning are the findings from Villaran et al among armed forces in Peru of risky sexual behavior and very inconsistent condom use to prevent STI [3].

Specific Aim 1: To adapt a modified social ecological model to guide the risks of HIV transmission among armed forces populations in Iquitos, Peru
Hypothesis 1: Young military personnel are deployed to garrisons away from their families. Likewise, current armed forces training and tradition weigh on personnel’s choices and pressures to adapt to military life. This environment may condition these individuals to engage in risky sexual behavior and may place them at risk for sexually transmitted infections, including HIV.

Despite the low prevalence of HIV infections in Peru, as the initial data shows, there are some vulnerable populations that present higher burden that may merit the use of targeted preventive activities. Such is the case of young military recruits from the Peruvian armed forces. Since 1991 Peruvian armed forces established the Committee for the Prevention of HIV/STI in the Peruvian Armed Forces (COPRECOS, for the acronym in Spanish), which is aimed at “promoting responsible sexuality and preventing and controlling STI/HIV among the Armed Forces and their families” (http://coprecosperu.org/mision-y-vision/). The services provided include laboratory testing and counseling on HIV and STI, which can be in person or through different platforms. Nonetheless, despite permanent educational and promotional activities performed by COPRECOS, STI and HIV are still a concern among armed forces personnel. In particular, the region of Loreto, while this year has shown a decreasing cumulative incidence in contrast to the period 1983-2014, it is still one of the regions with higher incidence [6]. In this scenario, the influx of young armed forces personnel to the region and the risky sexual behavior reported before [3] may influence epidemiology of STI within this population and the region. Therefore, the purpose of this study will be to identify drivers for unsafe sexual practices and potential areas of prevention.