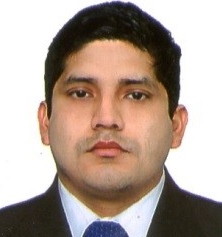 Environmental and genetic factors of Parkinson’s disease in a rural village in Peru: a population based study

Parkinson’s disease (PD) is a neurodegenerative disorder characterized by bradykinesia, rigidity or tremor together with a variety of non-motor symptoms.(1) Etiology of PD is multifactorial, and the majority of PD cases comprise susceptibility genetic variants that are influenced by environmental factors that determine its clinical heterogeneity. (2) Mutations in eight causal genes; SNCA, PARK2, PINK1, DJ-1, LRRK2, VPS35, DNAJCJ13 and RAB39B; and over 30 susceptibility genes and loci are widely associated with the etiology of PD. The exposure to toxic environmental agents such as pesticides, solvents and heavy metals, have been traditionally associated with PD. However, there is limited evidence in systematic studies, due probably to the heterogeneity of the studies. (3) There are very few studies about the association between environmental agents and PD in Latinoamerican populations.

Several sets of clinical criteria have been used to diagnose PD, and the most widely accepted are those proposed by the United Kingdom Parkinson’s Disease Brain Bank.(4) PD has a worldwide distribution and has an average prevalence of 1 case per 1000 population, however population prevalence studies in PD are mostly limited to urban areas conducted mainly in the developed world. (5) Latin American populations are quite diverse, with variable admixed composition of Caucasian and Amerindian ancestry. Prevalence studies performed in Latin America report highly variable frequencies depending on geographic area and age stratification. (6–13) The majority of studies were performed on urban regions on the biggest cities. There are limited studies performed within rural and Amerindian communities; the prevalence of PD among individuals over 40 years old ranges from 0.28% in the rural region of the Andean cordillera in Bolivia (6) to 0.67% in Ulcumayo, Peru (13).

Little is known about genetics of Amerindian populations, since most genetic studies have not included Latin American or Amerindian populations, limiting knowledge of genetic variability linked to the Amerindian genome.( Popejoy, Alice B., and Stephanie M. Fullerton. “Genomics is failing on diversity.” Nature 538.7624 (2016): 161) Mata et al found low causal frequency of mutation rates for LRRK2 in Uruguay and Peru (14) and did not confirm the previous reports that suggested LRRK2 (p.Q1111H) as pathogenic variants when analyzing 4 Latin American admixed populations (Peru, Chile, Uruguay and Argentina)(15). There is limited information regarding environmental and genetics factors in specific geographic regions, including those with highly Amerindian components and chronic known environmental exposures.

Junín, located in central region of Peru, had 1, 350,783 inhabitants in 2015. (16) The main economic activities in this region include agriculture, mining and livestock. The Mantaro Valley, located in Junín, is one of the main sources of food for the Capital City. Sincos is a median-size town in the province of Jauja, located on the slope of the Mantaro Valley, with an estimated population 4,795 inhabitants. This community has its own ethnic, cultural and socioeconomic features and the population density has been estimated at 20 people per km2, one of the lowest in Peru. However its population has been poorly studied, and it is still unknown which genetic variants contribute significantly to the development of PD in this population.

Specific Aims
A community based study to characterize environmental and genetic factors associated with PD in a rural community in Peru.

Parkinson’s disease (PD) affects populations across the world. Results of this study will provide a better knowledge of the interaction of environmental and genetic factors associated with PD, and promote analysis of environmental risk factors as well as other population genetic studies. Studies in indigenous populations are key for better understanding of mestizo-Latino populations, since almost nothing is known about genetics in these populations representing a significant portion of the US population. Identification of genetic or environmental factors in Peruvian populations that have little admixing of populations, when compared to similar studies of U.S. populations, may allow for more rapid determination of genetic factors that influence the development or progression of PD. Comparison with Amerindian populations in the U.S. could also provide new insights into the genetic expression of PD.