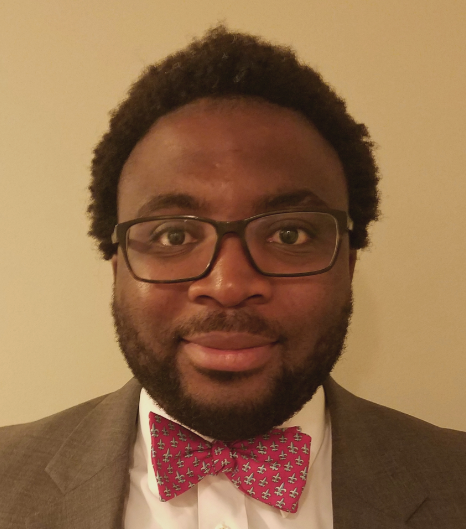 Sub-Saharan Africa (SSA) is the epicenter of the HIV/AIDS epidemic with 71% of patients infected globally living in this region (1). With the introduction of antiretroviral therapy (ART), HIV-infected (HIV+) patients in SSA are now living longer with near normal lifespans (2) and are at increasing risk for chronic non-communicable diseases (NCDs). It is concerning that, deaths from NCDs are not only increasing but are occurring at younger ages in HIV+ compared to HIV-uninfected (HIV-) individuals in high-income countries (3,4,5,6). Studies in the US and other Western countries have identified chronic lung disease (CLD) – in particular, chronic obstructive pulmonary disease (COPD) – as a major contributor of morbidity and mortality in HIV+ individuals treated with ART (7). Emerging data also suggest a similar association between HIV and CLD in low and middle-income countries (LMICs) (8). COPD is the third leading cause of death globally and over 90% of COPD deaths occur in LMICs. (9) In addition to COPD, which causes airflow limitation, restrictive lung diseases are important. Spirometry suggestive of restrictive lung disease has been documented among HIV+ and HIV- populations in high-income countries and LMICs, (8,10,11) and is linked with greater risk of the metabolic syndrome (MetS), cardiovascular disease (CVD) and mortality, primarily based on data from high-income countries (12-14). Furthermore, impaired lung function and CLD are associated with greater risk of morbidity and mortality in HIV+ patients. Impaired lung function is associated with worse respiratory symptoms and with significantly decreased exercise capacity as assessed by the 6-minute walk test (6MWT) in HIV+ patients in a high-income setting (15,16). However, the prevalence of and risk factors for impaired lung function – inclusive of obstructed and restricted patterns – and their impact on physical function in HIV+ patients in LMICs remains poorly characterized. In particular, while both COPD and restrictive spirometry have been associated with CVD in high-income countries, the relationship between abnormal lung function and CVD has not been investigated in HIV+ patients in LMICs. The mechanisms of association may differ between high-income countries and LMICs given varied risk factors, including biomass fuel exposure. Although Breet et al (8) recently showed that the forced vital capacity (FVC), in particular, was associated with increased all-cause and CVD mortality in South Africa,SSA is not homogeneous and there is a paucity of data investigating the association of CLD with CVD in other parts of SSA. Potential mechanisms that likely link CVD and CLD include inflammation and immune activation (17-21), which contribute to end-organ injury and chronic disease in well-controlled HIV. Associations and pathophysiologic mechanisms could differ between high-income countries and LMICs in light of varied risk factors and exposures in these settings. For this proposal, I will leverage an existing Kenyan cohort which studies cardiovascular disease (1R21TW010459, MPI Drs. Farquhar and Page), associated robust infrastructure, and ongoing productive relationships of UW and Kisumu District Hospital investigators to address these gaps in knowledge. Specifically, I will determine the prevalence of impaired lung function, and the relationship between impaired lung function with clinical markers of CVD, and biomarkers of inflammation and immune activation. I will also determine whether impaired lung function is associated with decreased 6MWT in this setting, and whether this relationship is related to underlying CVD. I will add measurement of spirometry, 6MWT, and a repeated blood sample to augment the data collected by Drs. Farquhar and Page in up to 300 HIV+ and 300 HIV- individuals in Kisumu. I propose the following specific aims and hypotheses: Aim 1: Determine the prevalence of and risk factors for impaired lung function in HIV+ vs HIV- patients. Lung function will be assessed by spirometry, with pre- and post-bronchodilator % predicted forced expiratory volume in one second (FEV1), FVC, and their ratio as continuous measures; results will also be characterized as normal vs abnormal (categorized as obstructed, restricted or undefined) patterns. Hypothesis 1a: The prevalence of impaired lung function will be higher in HIV+ vs. HIV- patients. Hypothesis 1b: MetS and subclinical atherosclerosis will be risk factors for a restricted pattern of spirometry. Aim 2: Determine if increased inflammation and immune activation are associated with impaired lung function, and if this relationship differs by HIV status. We will determine whether hsCRP, IL-6, TNF alpha (22), LPS (23), sCD163 (24), and sCD14 (25) measured in the R21 study are associated with impaired lung function. Hypothesis 2: Elevated levels of inflammatory and immune activation markers will be independently associated with impaired lung function in models adjusted for clinical risk factors identified in Aim 1. Aim 3: Determine whether impaired lung function and MetS are associated with decreased 6MWT distance and if this relationship differs by HIV status. Standardized 6MWT will be obtained in all participants per American Thoracic Society (ATS) guidelines. Hypothesis 3: Impaired lung function and MetS will both be independently associated with lower 6MWT distance, adjusting for other potential confounders.

The prevalence of HIV in Kisumu county remains high at 20% (33), thus studies such as ours that look ahead to the impending and overlapping crisis of NCDs are especially pertinent in this region. A great deal of resources from local governments and the international community has been directed at infectious disease in LMIC leaving a lack of infrastructure to both identify and manage emerging NCDs (34). There is limited literature on the burden of CLD in SSA and the quality of the available literature is highly variable (35). The prevalence of impaired lung function in this region is as high as 20-40% among adults (10,36). This study will add to our understanding of the prevalence and risks factors for CLD in SSA, which differ from those in high-income countries and include HIV, TB, respiratory infections and biomass exposure (37-40).

Ensuring you have a mentor that can work with you at your level of experience is essential to success.