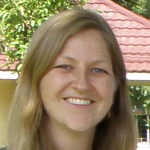 Eighty-one percent of the World Health Organization’s (WHO) estimated 216 million annual malaria cases occur in Africa along with 91% of the 655,000 attributable deaths. To date, over 40 countries have successfully eliminated malaria. Data suggest incidence is declining in several African countries where the burden is most prominent, primarily due to the implementation of prevention control strategies such as the use of longlasting insecticide-treated bednets (LLITN) and indoor residual spraying (IRS). A shift towards first-line anti-malarial drugs during intermittent preventive therapy (IPT) for pregnant mothers has also helped reduce incidence in African regions where high resistance to other drugs have been detected. WHO grants ‘elimination’ status to countries that have interrupted malaria transmission for at least three years with surveillance systems in place to support that finding. Interrupting local transmission is the first step towards the elimination stage.

Highland areas (>1,500m above sea level) are targeted for elimination due to their unstable transmission patterns. Unlike in malaria holoendemic regions where partial immunities to malaria are built-up and sustained through years of infectious mosquito bites, populations in highland areas are susceptible to epidemics as their immune responses wane due to the highly seasonal and sporadic nature of transmission. Over recent decades, Plasmodium falciparum malaria epidemics in the highlands of East Africa have occurred with increasing frequency and have resulted in significant morbidity and mortality. An outbreak in 2002 was estimated to cause over 200 deaths and more than 500 hospitalizations in a single region of western Kenya.

Nearly half of Kenya’s 39 million people live in highland areas. Dr. Chandy John has been conducting research in the highland areas of Kipsamoite and Kapsisiywa in western Kenya for over a decade. Through his active and passive surveillance studies, he reported evidence of local malaria transmission interruption from April 2007–March 2008 after the Kenyan Ministry of Health implemented annual IRS and switched to first-line artemisinin-combination therapy (ACT) anti-malarial drugs for IPT and treatment of uncomplicated malaria.

Finding evidence in support of malaria interruption during ongoing active and passive surveillance efforts combined with the additional rich data Dr. John is collecting on anthropogenic (e.g., roof structure, wall material, bednet usage, numbers in household), demographic (e.g., age, gender), entomologic (e.g., vector density and species), environmental (e.g., rainfall and temperature), and spatial (e.g., global positioning of households, schools, forests, swamps) factors proffers a unique opportunity to study the epidemiology of malaria across time and transmission patterns in the same study population and location. I intend to contribute to the understanding of the epidemiology of malaria in this highland area by making comparisons of predictors of malaria risk before and after interruption of transmission.