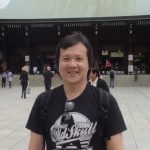 Malaria is a serious mosquito-borne parasitic disease-causing high mortality with over 400,000 deaths annually. The human malaria disease is caused by five plasmodium species, but infection with P. falciparum is accountable for the majority of these deaths. Antimalarial drugs and insecticides can be used to control disease transmission, but these drugs and insecticides are threatened by the emergence of resistance parasites and mosquitoes, respectively. Recently, monoclonal antibodies (MAbs) are considered a viable therapeutic modality for several disease targets including infectious diseases. Fully human MAbs have the amenity that they are allogeneic resources for therapeutic agents. However, human MAbs that have been approved for the treatment of an infectious diseases including malaria are still limited. Therefore, development of highly effective human antibodies against malaria parasites or malaria vaccine remain a critical priority to prevent and eliminate this disease. This study aims to produce neutralizing human monoclonal antibodies against P. falciparum from a patient who had recovered from malaria disease by using EBV transformation method.