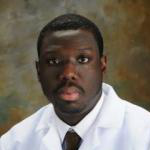 The accident and Emergency Center at KATH serves a metropolitan population of roughly 4 million people. A previous study at KATH has shown that roughly 40% of the presentations to the ED are due to traumatic mechanisms.

Prior to the EM program, most acutely ill and injured patients were evaluated by house officers from the departments of medicine and surgery who were at most 6 months removed from their medical school graduations. Patients were reviewed by their respective residents several times during the day, and these times represented the only direct supervision. A novel 3-year emergency medicine (EM) residency training program was created at KATH hospital in 2009, and graduated class of 7 in October 2012. Now EM residents in training are the first medical professionals to evaluate and treat patient presenting to the emergency department. In addition, formal triage and structured charting processes have been implemented.