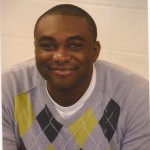 Phenotype and Genotype of Mycobacterium tuberculosis in HIV-positive Cameroonian Adults

In 2012, the estimated tuberculosis (TB) incidence rate in Cameroon was 238 per 100,000 inhabitants. Diagnosis of TB relies primarily on the identification of Mycobacterium bacilli on sputum smears of symptomatic patients using conventional light microscopy. Smear- positive patients are also screened for HIV infection. Screening is offered free of charge after obtaining informed consent. Smear- positive patients are placed on the standardized 6-month treatment regimen of Isoniazid Rifampicin, Pyrazinamide and Ethambutol. Patients receive these drugs daily for 6 months. A patient is considered cured if smear-negative in the 6th or at least 5th month of treatment. Overall treatment success rate of new smear-positive cases is ~ 68.4%. Drug susceptibility testing (DST) capacity is limited. Only a small fraction of high risk patients (including HIV+) are tested for drug resistant tuberculosis. The National Tuberculosis Program of Cameroon (NTPC) plans to expand DST facilities in order to increase diagnosis. This will lead to better treatment and limit spread of resistance. Based on epidemiological studies, there is 5-8% rate of multidrug resistant TB and 10.7-27.7% drug resistance to a single drug of all first-line drugs.

Specific aims
Aim 1: Determine whether the current concentration of Rifampicin, Isoniazid and Ethambutol used in DST are appropriate. We hypothesize that the critical concentration of these drugs will be too high and that some individuals thought to have drug resistant Mtb will be misclassified.
Aim 2: To test the hypothesis that four hot-spot mutations in the rpoB gene for Rifampicin and one hot-spot mutation in the katG gene and two hot-spot mutations in the inhA gene for Isoniazid will correlate with phenotypic resistance.

The prevalence of drug resistant tuberculosis is on the rise world-wide. Accordingly, to provide adequate treatment, a critical need exists for susceptibility testing of TB isolates from patients, especially in HIV+ individuals who are highly susceptible to the severe effects of TB. In 2012, approximately 37% of TB cases in the Africa region were HIV+. DST of Mycobacterium tuberculosis (Mtb) is determined using a variety of laboratory techniques, most of which are based on phenotypic (growth) or genotypic (gene mutations) assays.
Phenotypic assays culture sputum of patients in the presence of anti-TB drugs and observed inhibition of growth or metabolism. The indirect proportion method, a phenotypic assay, is commonly used in developing countries, including Cameroon.

Unfortunately, there are several problems with this method. First, the standard critical drug concentration of the anti-TB drugs used in the assay is based on the 1963 WHO recommendation. These critical concentrations were assigned based on consensus and experience, rather than on scientific evidence. Thus, it is unclear if these concentrations are appropriate. Second, culturing takes at least six weeks before DST can be done, rendering diagnosis slow. In Cameroon, DST is only performed in high risk groups, including HIV+ patients. The National Tuberculosis Program of Cameroon (NTPC) made a recommendation for the rapid genotypic assays to be used for early detection of multidrug-resistant TB . However, these methods have not yet been implemented. The use of genotypic assays has paralleled the identification of mutations in key genes that confer resistance to anti-TB drugs. For example, mutations within an 81bp region of the rpoB gene of Mtb has been reported to confer Rifampicin resistance in 90%–95% of all clinical isolates examined. Thus, there is a need to determine if genetic mutations can be used to rapidly detect cases of drug resistance in Cameroon.