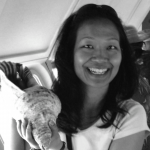 HIV-positive patients are at higher risk of acquiring human papillomavirus (HPV), even while on anti-retroviral therapy (ART). Infection with high-risk HPV genotypes in the ano-genital region can lead to dysplasia, which can progress to cancer. HIV and HPV can both be contracted via sexual transmission; deposition or infection by both viruses can occur at the same tissue sites. While many studies have examined HPV prevalence as a consequence of HIV infection, few have scrutinized HPV prevalence as a precursor to HIV infection. Two meta-analyses suggest an association between HPV infection and HIV acquisition. Another case-control study demonstrates an association between HPV clearance and HIV seroconversion. Clarification of HPV’s role in HIV acquisition may provide another tool for preventing and controlling HIV transmission.

Thailand is one of five Southeast Asian countries that together account for 99% of the region’s HIV burden. Despite declining incidence, Thailand witnessed an estimated 8800 new HIV infections in 2012; adult HIV prevalence remains about 1%. Populations at higher risk of acquiring HIV infection include men who have sex with men (MSM) and transgender people (TG). HIV prevalence among MSM is 7.1% in Thailand and 24.7% in Bangkok. HIV prevalence among TG is not well characterized. In order to further suppress transmission of HIV, the Thai Red Cross AIDS Research Centre (TRCARC) with support from the Thai Ministry of Public Health has begun a “Test and Treat” strategy of encouraging regular visits for voluntary counseling and testing (VCT) among MSM and TG populations and making available anti-retroviral treatment (ART) to those who test HIV-positive, regardless of CD4 count.

The parent Test and Treat study introduces an intensive retention strategy, using novel social networking tools to encourage participants to attend follow-up visits for HIV re-testing and counseling and offers immediate ART to those who test HIV-positive, regardless of CD4 count. The Test and Treat study focuses on Thailand’s MSM population, which has a higher HIV prevalence than the general population, and the TG population, whose HIV prevalence is unknown. Our proposed amendment would permit sensitive quantification of remnant HIV DNA and detection of HPV genotypes in ano-genital samples, including high-risk types which could lead to dysplasia, and provide further evidence regarding HPV’s role in HIV acquisition and potential for curbing HIV transmission.