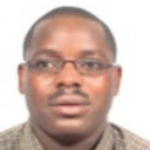 Frankline Onchiri was born and brought up in rural western Kenya. He completed high school in 1996 then waited for two years before joining university. During this time, he volunteered as a mathematics and physics teacher at a local high school. He joined the University of Nairobi in 1998 to pursue BS degree in Mathematical Statistics and graduated in 2002. During his undergraduate years, he developed interests in public health after seeing many people dying of HIV/AIDS and other preventable infectious diseases. Back then, it was a taboo to talk about HIV and there was a lot of denial about its existence. Many people were unwilling to be tested. Those willing to be tested were not ready to disclose their status as this often resulted in loss of support or blame. The sad thing was that many people who were dying of HIV/AIDS were leaving behind orphans who desperately needed support and care. It is these experiences that sparked Frankline’s interests in infectious disease research. Upon graduating from the University of Nairobi in 2002, his statistics professor recommended him for a data manager position at the University of Nairobi, University of Washington, Kenya Medical Research Institute (KEMRI) and WHO collaborative center for research in sexually transimitted infections (STIs) and HIV/AIDS.

Because of his excellent work, Frankline was recommended to study biostatistics at the UW from 2005-2007 through support from the International Aids Research and Training Program (IARTP). He graduated with a MS degree in 2007 and returned to Kenya to work as a research Biostatistician at KEMRI’s Center for Microbiology Research (CMR). His responsibilities included performing statistical analyses, writing analyses reports, and helping with study design and implementation activities such as sample size calculation, drafting statistical analysis plans and training manuals. In 2008, Frankline was selected as a NIH/Forgaty International Clinical Research Scholar (FICRS). He returned to UW in 2010 to begin a PhD in Epidemiology under the mentorship of Drs. Judd Walson and Grace John-Stewart. He will be returning to Kenya this summer to conduct research for his dissertation and hopes to graduate sometime between 2013 and 2014.

Frankline’s long-term goal is to take positions of leadership in designing and executing innovative interdisciplinary research in international settings to address problem infectious diseases. Frankline is married and together with his dear wife they are blessed with two girls. In his spare time, he enjoys singing in a church choir, teaching Sunday school kids, volunteering in a sickle cell disease (SCD) advocacy group, and playing and watching soccer.