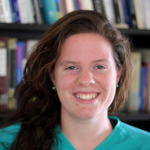 Iron deficiency is one of the world’s most prevalent pediatric health concerns, with anemia secondary to iron deficiency affecting 20-25% of children globally (1) . Poor nutrition and disease place children in low income countries at particular risk for iron deficiency and iron deficiency anemia (IDA) (2). IDA poses a well-established threat to infant neurocognitive development. Rodent models have implicated iron deficiency in altered central nervous system development, including impaired dopamine signaling and axonal myelination (3,4). The functions of the hippocampus and striatum appear to be particularly impacted (5,6). These animal study findings have correlates in the human literature. Infants with IDA score lower on cognitive assessments, motor and language tests than iron replete infants (7). Attention, memory and emotional resilience in particular are notably affected. IDA appears to have an impact on affect and personality as well, as infants and toddlers with IDA are not as adventurous and more irritable than iron-sufficient children the same age (8).

Altered infant neurocognitive development secondary to IDA has not proved responsive to iron therapy, even after a year of treatment. In multiple studies of toddlers and older children with IDA, however, even a short course of iron therapy has shown to improve affect and behavior (7). This age-dependent response may reflect that iron deficiency during periods of rapid brain growth is not easily reversed. The effects observed later in childhood, however, may be a function of iron’s role in dopamine signaling, and therefore rapidly responsive to iron supplementation.

In a 2011 Lancet review, Balarajan et al conceptualized anemia as a multifactorial condition arising from conditions of poverty (2). In the case of our study population–young, Ugandan children–many factors may be contributing to the high prevalence of anemia (9). Maternal anemia, 50% of which is iron deficiency-related, affects an estimated 38% of pregnant women globally, with consequences for fetal iron sufficiency (10). Iron deficient-mothers may not be able to provide sufficiently-fortified breast milk. When children are weaned, nutrient-poor foods, some of which may even block iron absorption, are often used to transition to solid meals, and the diet of older children in this setting isn’t conducive to appropriate iron consumption, either (11).

Malaria itself may be another, direct and chronic contributor to IDA (12). Malaria produces an “anemia of chronic disease” with hemoglobin disturbances likely mediated in part by hepcidin (13, 14). Like IDA, cerebral malaria is associated with neurocognitive impairment, and impaired attention in particular (15,16). The contribution background IDA and its resultant neurocognitive deficits play in the cognitive impairments of children recovering from cerebral malaria is unclear.

Aim: To assess the impact of iron supplementation on neurocognition in children diagnosed with iron deficiency anemia.

The parent study under which this project would be nested aims to understand how cerebral malaria affects cognition in children, and how iron therapy may be used to limit those deficits. Iron deficiency anemia is a known background factor in the population under study, and there is overlap in the observed neurocognitive impacts of IDA and cerebral malaria. In order to a) quantify the magnitude and specific contributions of cerebral malaria to cognitive impairment in children in this environment, and b) accurately evaluate the efficacy of iron therapy in treating those impairments, it is necessary to also quantify the impact of iron therapy on the cognition of children who do not have cerebral malaria. Malaria and iron deficiency anemia co-occur in many low-income countries. The findings of this investigation would have implications for the prevention and treatment of cognitive impairments in children globally.