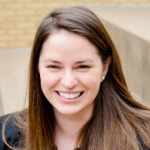 Despite being under-prioritized and neglected in research, brucellosis remains a significant public health threat globally to animals and humans with the burden greatest among smallhold livestock farmers. This study increases knowledge of the various drivers of brucellosis in Thailand by working with different sectors including animal health, livestock and human health. Specifically, this research will explore determinants of the re-emergence of brucellosis in Thailand through smallhold goat farmers. By understanding the gaps in brucellosis prevention education available to smallhold goat farmers, specifically targeted and effective safe farm management training can be designed. Additionally, the project will incorporate One Health principles to understand how government policies to expand goat farming through smallhold farming unintentionally contributed to the re-emergence of this bacterial zoonoses in Thailand. By furthering the evidence base of brucellosis in Thailand, this interdisciplinary research contributes to the long-term goal to reduce the risk of transmission of brucellosis from goats to humans.

This cross-sectional study will be conducted out of the Center of Excellence for Emerging and Re-emerging Infectious Diseases in Animals at Chulalongkorn University in Thailand. The study will collect serological samples from goat farmers to be tested for human immunoglobulin G (IgG) and immunoglobulin A (IgA) antibodies for B. melitensis. Participant interviews will be gathered at the time of diagnostic testing to gather information on risk factors, attitudes, knowledge of brucellosis, and formal goat ownership. Farmers’ experience with goat husbandry and barriers to the adherence of recommended husbandry practices will also be measured. Existing brucellosis prevalence data, including the Bureau of Epidemiology’s database and surveillance data, will be analyzed to determine trends and patterns of disease occurrence in the study area. Additionally, local veterinarians will be interviewed to determine common diagnostic and treatment practices for brucellosis in goats. Finally, this study will work with local clinics and hospitals to examine current diagnosis and treatment practices for brucellosis and other fever-causing diseases in humans.

Brucellosis poses a significant public health threat globally. It remains one of the most common zoonotic diseases in the world, affecting more than 500,000 humans annually. This number is believed to be greatly underestimated as human brucellosis is often diagnosed as other common febrile illnesses such as malaria or typhoid fever. This bacterial zoonotic disease is responsible for significant economic loss by causing severe illness and disability resulting in individuals’ inability to work and loss in animal production. Typical transmission to humans occurs via direct contact with infected animals, placentas or aborted fetuses, or consumption of infected animal products, primarily non-pasteurized milk products.

Despite being endemic to Thailand, brucellosis is often neglected resulting in a lack of research on the epidemiology of the disease. Few studies have focused on smallhold goat farmers and their knowledge, attitudes and behaviors towards brucellosis and its casual effect on seroprevalence in humans. The majority of research on brucellosis in Thailand has focused on large-scale dairy and meat production with a focus on seroprevalence in animals. This has contributed to a gap in knowledge on brucellosis in goat production compared to other animal species in Thailand. There is a need for more effective, targeted studies on brucellosis to build the evidence base for more appropriate prevention and control efforts. This study creates a more thorough understanding of brucellosis in Thailand allowing informed recommendations for effective public health management of the disease.