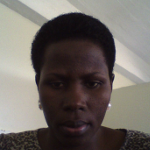 Human – Wildlife Interaction, Hunting and Threats to Health among Communities around the Fragmented Forests of Hoima Western Uganda

Infectious pathogens that originate from wildlife have become increasingly important throughout the world in recent years because of the substantial impact on human health among other effects (Bengis et al., 2004; Wolfe et al., 2005).Globally, human–wildlife interaction/conflict is a growing public health concern with more than 60% of human infectious diseases caused by pathogens from wild animals, causing about a billion cases of illness in people and millions of deaths every year (Karesh et al.,2012). According to International Union of Conservation of Nature (2005), Human wildlife conflict occurs when wildlife basic needs overlap with those of the human population and mainly due to a combination of human factors, wildlife factors, natural resources factors and climate change (Bengis et al., 2004).
Humans rely on some animals for food mainly through hunting, providing benefits to local people worth millions of US dollars annually and represents around 6 million tonnes of animals extracted yearly (Nesi et al., 2011).

However, the expansion of the bush meat trade over the past years has provided an avenue for the emergence of zoonotic diseases embedded in a complex cultural, political, and economic context (Karesh and Noble, 2009).

In many low-income countries (LIC), human–wildlife conflict adversely affects the wellbeing of many indigenous people because they maintain lifestyles that are highly dependent on wildlife, (Manfredo & Dayer 2004; Woodroffe et al., 2005). Wildlife is crucial to rural food security and livelihoods across the rural tropics and harvested animals include the duikers, deer, pigs, primates and larger rodents, birds and reptiles (Nesi et al., 2011)

The concept of human-wildlife conflict is diverse and includes human-human conflict, especially where the wildlife in question is a resource that can be exploited for various reasons or where the conservation of wildlife is at odds with human population growth or development pressure. (Dickman, 2010). Besides, these conflicts are not well understood (White & Ward, 2011).

In Uganda, communities around Kibaale national park in the Albertine region have suffered several haemorrhagic fever outbreaks; Kibaale district Ebola and Marburg outbreaks in 2011, and Bundibugyo Ebola outbreak in 2007 (WHO, 2014). Although no studies have linked these outbreaks to primates in these areas, human outbreaks of Ebola have been linked to index case contact with dead gorillas or chimpanzees during hunting (Towner et al.,2008).

The fragmented forests of Hoima form part of the diversity hotspot in the Albertine region with diverse fauna which live in close proximity with humans (Banana &Gombya-Ssemajwe, 2000), fragments are places with increased exposure because of shared resources like water point. Also geometrically they increase the length of the edges for human interaction animals (the mosaic of shared habitat). A study done in Cameroon revealed that human extractive activities, have forced animals to shift migration patterns resulting into increased human- wildlife conflict (Eyebe et al., 2012). This is a likely situation in Hoima where oil extraction is a major in wildlife areas.

A feasibility study of the fragmented forests revealed a growing human-wildlife conflict and rising hunting trends endangering species like chimpanzees yet evidence indicate that biodiversity loss frequently increases disease transmission (Keesing et al., 2010). Disease outbreaks at the human-animal interface is an outcome of a complex interplay of ecological, socioeconomic and cultural factors that need to be properly understood for better health services delivery and development. However, there are currently limited studies done so far, the importance of this study therefore is to document the exposures to wildlife and type of potential outcomes, what is existing infrastructure and can it detect outcomes and make recommendations to ministry and district.

Overall objective: To determine the nature of human-wildlife conflict, hunting patterns and their effect on human health in communities around the fragmented forests of Hoima