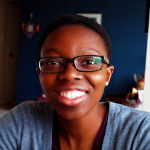 In sub-Saharan Africa the prevalence of glucose-6-phosphate dehydrogenase (G6PD) deficiency ranges from 15 – 26%. G6PD is found in the cytoplasm of all cells and is responsible for the production of the reduced form of nicotinamide adenine dinucleotide phosphate (NADPH), a coenzyme that is crucial in protecting cells against oxidative damage. G6PD deficiency presents a significant public health burden, contributing infection- and drug-induced hemolysis and neonatal jaundice.

Studies have shown that G6PD deficiency protects against severe malarial anemia but data is unclear about whether this protection is afforded to only heterozygotes or to homozygotes and hemizygotes as well. Furthermore, the mechanism by which this protection is conferred is not well elucidated. Mechanisms that have been proposed include poor growth of Plasmodium falciparum in G6PD deficient erythrocytes, preferential phagocytosis of ring-stage parasitized erythrocytes and increased generation of oxygen radicals.

This study aims to elucidate the subset of G6PD deficient individuals that are protected against severe malarial anemia and to determine whether alterations in redox status are responsible for this protective mechanism.

A better understanding of the relationship between malaria and G6PD deficiency and malaria and sickle-cell anemia will guide treatment policy and lead to a decrease in G6PD- and sickle cell-related morbidity and mortality.

Your mentors are busy, but they are your mentors precisely because they enjoy having the opportunity to exchange thoughts and ideas with you. Take advantage of this and keep the lines of communication open.