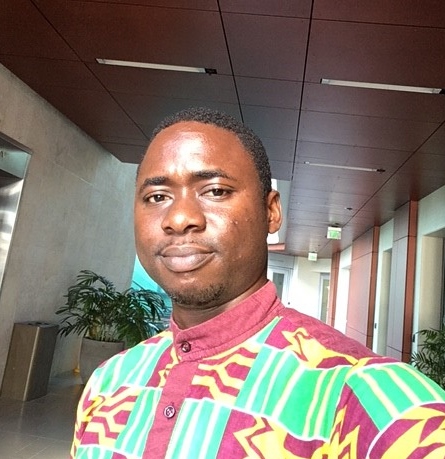 The number of newly infected HIV infants decreased from 570,000 in 1999 to 240,000 in 2013 as a result of the introduction of antiretroviral therapy (ART) among HIV-infected pregnant women, which drastically decreased the risk of mother–child transmission worldwide (1,2,3). Even when the neonate escapes HIV infection, the HIV infected maternal–fetus interface may present an altered environment for fetal growth and development (2,4). A major consequence of this alteration is increased morbidity and mortality seen in these infants during their postnatal life (2,5). Infants born to HIV-infected mothers in sub-Saharan Africa are vulnerable to more severe forms of common childhood infections, including malaria (3,6–8).

Maternal antibody transfer to the fetus is an important mechanism that provides protection to newborns during their first year of life (6,7,9,10). Immunoglobulin (Ig) IgG1 is the major antibody isotype to cross the human placenta (6,7,11) and is mediated by the neonatal Fc receptor (FcRn) expressed on syncytiotrophoblast cells via an endocytosis dependent pathway (6,8,9,11). Our previous study demonstrated maternal HIV-associated hypergammaglobulinemia (HGG) was associated with reduced transplacental transfer of antibodies specific to three malaria antigens (12). Although maternal HIV-associated HGG is incriminated for this reduction in antibody transfer, the model remains speculative.

MicroRNAs regulate a plethora of fundamental biological processes such as cell differentiation, signal recognition and pathogen responses (13) by fine-tuning the transcriptome (13,14). Pregnancy specific microRNAs have been described in both normal and abnormal pregnancies (15,16). Some microRNA have been shown to regulate B cell differentiation in pregnant women (17,15). Recent findings show that miR3181 regulates the expression of the FcRn gene (fcgrt) by interacting with its 3’ untranslated region (UTR) in liver cells (18). It is also known that miR-199a and miR-199b regulate endocytic transport (19). HIV-1 infection reduces the transplacental transfer of maternal antibodies but the mechanism remains unclear (8,9,11,12). Even when neonates escape HIV-infection, in utero exposure to HIV, ART and HIV immune activation may cause changes in the placental natural environment originally conducive for fetal growth and development (9,12). It is known that HIV-1 infectivity is influenced by cellular miRNAs (14) and some miRNAs (miR-150 and miR-146) show promising potential as markers for disease progression in patients adminstered ART (20). Some pregnancy-specific miRNA which belong to chromosome 19 microRNA cluster (C19MC) such as miR- 516-5p, miR-517, miR-518b, miR-520h, miR-525, miR-526, expressed in term placenta have been suggested to have diagnostic potentials for pathology like breast cancer (15,17). Members of this cluster are involved in biological and pathological processes but their role remains conflicting (16–19).

We hypothesize that specific miRNA following (a) exposure to HIV during pregnancy will reduce placental FcRn synthesis and (b) this reduction in FcRn levels will reduce anti-malaria antibody transplacental transfer to the newborn. To investigate this hypothesis, we have access to biological specimens collected at delivery from a retrospective study of 24 HIV-infected and 58 -uninfected pregnant women from a malaria endemic area. Biopsies from freshly expulsed placentas, maternal, placental and cord blood were banked. We proposed the following two aims to address the stated hypothesis.

This study will provide key information on how HIV infection during pregnancy modulates the transplacental transfer of antibody by modulating placental and plasma miRNAs. If successful, identification of potential biomarkers will be useful to ascertain decrease in transplacental transfer of maternal antibodies and its correlation to malaria antigens. These data will also serve as a basis for subsequent grant applications on a genome-wide approach in understanding the impact of HIV on the transplacental transfer of antibodies and to use microRNAs as biomarkers and therapeutic tools. This study is directly relevant to HIV-infected mothers in Cameroon, in the United States and all other countries where HIV infection is present. 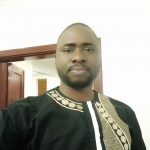 The Human Immunodeficiency Virus (HIV) was detected in 1.7 million people globally in 2018 alone and over 32 million people have died from the Acquired Immunodeficiency Syndrome (AIDS)-related diseases since the first patient was diagnosed. In spite of great progress made to control the spread of HIV pandemic, sub-Saharan Africa still bears the greatest brunt with over 1 million new infections and 470 000 AIDS-related deaths in 2018. The prevalence of HIV infection amongst Cameroonian women aged 15-49 was 4.8% in 2017 with new infections amongst women between ages 15 and 29 tripling that of men of the same age group. The provision of highly potent anti-retroviral drugs (cART) to HIV infected individuals in Cameroon has led to 42.1% of HIV infections in women aged 15-49 to be virally suppressed who present a suitable model for HIV cure research. Although a cure for HIV seems elusive due to the ability of the HIV virus to remain dormant in host cells and tissues, investigations on several possible HIV cure strategies are ongoing.
The shock and kill strategy which consists of the pharmacological reactivation of latent virus followed by the killing of the viruses using cART, virus mediated cytotoxicity and/or immune-mediated clearance is one of the most-studied approaches in depleting HIV viral reservoirs. The pharmacological substances used are termed Latency Reversing Agents (LRA) and amongst the most potent known are selective estrogen receptor modulators (SERMs), which consists of fulvestrant, raloxifene, and tamoxifen.
SERMs binds to Estradiol Receptor 1 (ESR1) and increase the potency of other LRAs such as TNF-α (an NF-κB inducer), the histone deacetylase inhibitor vorinostat (soruberoylanilide hydroxamic acid, SAHA), and IL-15 to induce viral reservoir in CD4 T cells. The natural ligand to Estradiol Receptor 1 is estradiol, a hormone known to be highly(4-5 times) expressed in females than in males. LRAs targeting ESR1 are significantly less effective in females due to higher levels of Estradiol in this group leading to increased competition for the receptor. Sex is a factor known for steering the pathophysiology and treatment option for certain diseases but has not been extensively explored within the context of HIV. It is also unknown whether estradiol is implicated in the regulation of ESR1 expression on the surface of T cells in HIV positive individuals. Breast cancer patients face an estradiol dependent upregulation in ESR1 surface expressed in breast cells. Understanding the interplay between estradiol binding and ESR1 expression on the surface of CD4 T cells could improve our understanding of the “shock and kill” strategy. Levels of estradiol fluctuate during the female ovarian cycle and affect both viral suppression and disease progression. Estradiol levels are also significantly reduced in pregnant women under the Efavirenz regiment which is the most widely used combination in Cameroon however, the impact of Efavirenz uptake on the peak and nadir levels of estradiol in non-pregnant virally suppressed HIV infected women is not well known. Taking advantage of knowledge on the ovarian cycle to improve on the amount of inducible viral reservoir in HIV positive women is still to be explored. We propose in this proof of concept to investigate how efficient would the timing of the use of LRA be on the reactivation of viral reservoir in virally suppressed HIV positive women of childbearing age.

If successful, it would be the first step in a series of investigations geared at improving maternal and child health among HIV positive women

Be daring, work hard, make the right contacts and keep building your skills