Publication on our Core Curriculum 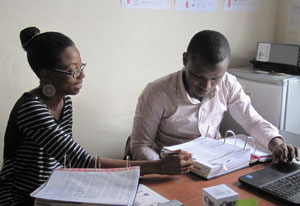 Elizabeth Bukusi, MBChB, MMed, MPH, PhD, PGD is Co-Director of the Research Care and Treatment Program at the Kenya Medical Research Institute, and is co-PI of the Family AIDS Care and Education Services program.

What motivated you to become a researcher?
I went to work on the border of Kenya and Uganda as a young doctor fresh from internship. This was a malaria prone area with a lot of STIs too. You were sure when on call to be paged for an emergency ruptured ectopic gestation or a child with severe anemia after malaria infection. Both conditions needed blood. In the two years I worked there I was concerned about the number of blood units we discarded. In those days, the HIV test kits were not as rapid as today. You first took the blood and then you tested it. If positive, you discarded it. I watched us discard from one or occasionally two units of blood to almost five units for every ten. When you have a desperate person needing blood and you cannot transfuse them the blood donated, it sets you thinking. This is what made me interested in finding out how to make a difference to HIV and also to STIs. The ectopic pregnancies were by and large due to previous STI. After many nights responding to obstructed labor and ruptured ectopic gestation, Obgyn became a natural next step for me. I wanted to make a difference in STIs in general, particularly HIV, and specifically I wanted to influence women’s health.

Tell us about the Family AIDS Care and Education Services Program:
Craig Cohen, now of UCSF, and I started working together 20 years ago now. As we worked on HIV prevention we were struck by those who we screened out of our research studies (who were HIV positive) as initially there was not much we could do for them. The PEPFAR program gave us what we needed to be able to provide care for those who were being screened off the first HIV discordant couple study we conducted in Kisumu. We had previously worked in Nairobi but we made a strategic move to relocate our work to the then Nyanza region of Kenya which was the heart of the Kenyan epidemic then. After our initial two small clinics, one in Nairobi and another in Kisumu, we expanded HIV care to the South Nyanza region, which had the highest HIV prevalence in Nyanza where infrastructure was not as well developed and people desperately needed access to critical care. The program grew in leaps and bounds and we are currently the second largest HIV care program in Kenya (www.Faces-kenya.org). It has been a great opportunity to make an impact on the lives of many people; not only on the patients, many of whom know they would not be alive today if care had not reached them, but also on the many health care workers we have had the opportunity to work with over the years. We have had a great team who are passionate and committed to what they do, who work in what are sometimes very challenging circumstances and go way beyond the call of duty to give care.

Have you had any great experiences with being mentored or mentoring?
I have been mentored by really great people, and the selfless non-competitive nature of my mentors has done a great deal to get me to where I am today. I want to particularly pay tribute to Joan Kriess who saw, not what I was, but what I could be, and to King Holmes, who patiently and carefully taught me how to not only work towards being a good researcher, but how to always try to bring out the best in everybody. Craig Cohen and I have peer-mentored each other and it has been a great partnership as we complement each other well. Craig, much like King, has been the person with great ideas, while I have been the more earth-bound practical and pragmatic person who works through the kinks to make it work, and it has been a very good experience. Jared Baeten is another of those who have impacted my life. We were in the same class for the Master and PhD programs at the University of Washington, and Jared helped me understand that it is not who but what that sometimes matters. Asking the right questions. Giving it your best shot.

Mentoring has been one of the highlights of research for me. I am limited in what I can do as a person. I only have so much I can understand and I have only 24 hours in a day. I have had the opportunity to work with brilliant young researchers who continue to teach me so many things. I only need to nudge them in the direction of their dreams, provide a platform for support and watch them soar. I learned from King to always want your mentees to be even better than you have been and to help them do more than what you have done, because you have paved the way and made it easier for them. I hope everyone I have come across and crossed paths with leaves different and takes away something that will impact their lives positively.

What are some of the most effective measures for preventing the spread of HIV?
HIV has taught me many things. The first being that it will never be a one size fits all. It will be effective ways not way. I think unless people know their status it is very difficult for them to make decisions that can impact their lives positively. But with the stigma that still exists, it makes it hard for people to get tested and if they do, to disclose their status. How do we make it safe enough for people to stop being afraid of getting tested? Particularly in Kenya, how do we help young women reduce their risk of getting infected? As a gynecologist, it cannot escape my deep concern that the face of HIV remains a young African woman for SSA. Elimination of pediatric HIV remains a challenge because so long as we have women of reproductive age getting infected we continue to struggle for an HIV-free generation in Africa.

What is a challenging ethical dilemma you’ve encountered?
There have been many challenging ethical opportunities, but perhaps one that stands out for me is from my early days in research when an HIV positive woman was not willing to disclose her status to her husband. There was no treatment for HIV. There was no prep. Microbicides were still a novel discussion and Nonoxynol 9 was yet to be tested. What was my responsibility? She was concerned that she would likely be homeless, or that she would be told she was promiscuous. She was determined to use condoms to protect her spouse, but she would not tell him. She did not think she could get him to come and get tested. The sad reality is that this is a scenario still repeated today. Now we have other mechanisms and improved options for HIV prevention, but some dilemmas still remain in the light of the social and economic situations that many women finds themselves in.

What gives you hope in the face of a terrible disease like HIV/AIDS?
I think my hope is a lesson from the current Ebola outbreak. We live in a global village. What affects one part of the world affects all of us. We cannot afford to ignore any issue that is of global health concern in the connected world we live in. We have the momentum from the biomedical research side to really make a difference, but we need to push for the political and economic will to follow through. We know some of the things that definitely work; treatment as prevention, prep etc., we just need to act. We should not let perfect be the enemy of good. We know enough to turn the tide of the epidemic and we must do it. History will judge us all harshly if we do not make a difference. Just like for the Ebola epidemic: we cannot wait and watch, we must act now. 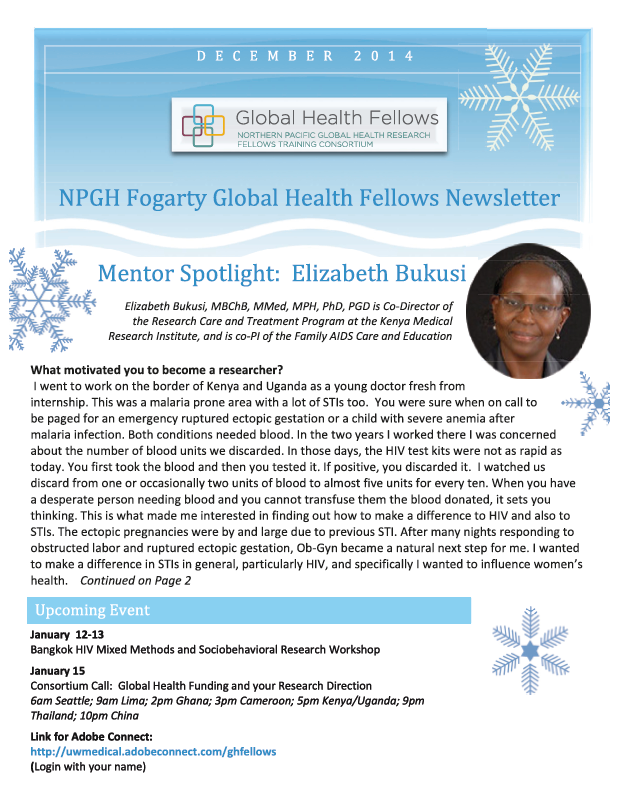